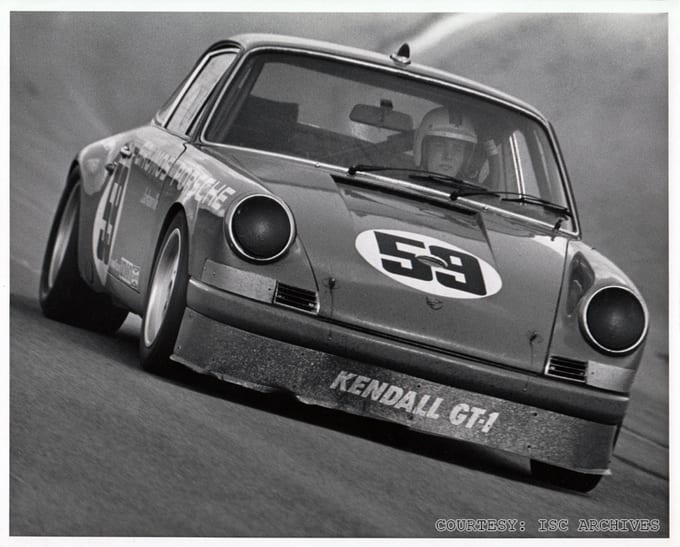 I don’t normally believe in Kickstarter, and until this project I had never actually backed anything ever. This project changed my mind, though, as it might be the coolest thing to ever hit a crowd fund. We’ve recently seen a few good racing documentaries that deserved to be made, but none deserve to be made as much as the story of Hurley Haywood and Peter Gregg. Hurley and Peter were the unstoppable force against the immovable object of North American sports car and endurance racing. They won everything, everywhere, always, and they racked up an impressive cabinet of trophies for the Brumos brand as well as the Porsche brand (though they did pair to run BMWs for a while, and Hurley found his way into an Audi or two…). Their story is definitely one that deserves to be told, and you can help make that happen. Click the jump for more information on the project, and how you can help support (only 2 days left!). Did you know, for example, that Hurley was plucked from obscurity autocrossing Datsuns? Apparently he was much faster in a shoddy old Datsun than Peter Gregg was in a brand new Porsche, so Gregg hired him on the spot. Did you also know that when Hurley first raced an endurance race with the Brumos team, he didn’t even have a racing license? I’ve been fortunate enough to have sat with Hurley Haywood at a handful of meals in my lifetime, and trust me, the man has a lot of really great stories to tell. Most of the time, though, we end up talking about how he’s getting new palm trees planted at his Florida home, or where he picked up a new pair of comfortable Vans slip on shoes. No matter what he’s talking about, he spins a compelling thread. Just imagine how exciting he gets when he’s talking about his life story, or that of his friend and co-driver Gregg. The best part about Hurley is that he’s still as calm, cool, and collected as ever, even when hustling a carload of journalists around Willow Springs at well-above-average speed. Hurley Haywood & Peter Gregg: The Untold Story is a documentary that hopes to bring the story of Haywood and Gregg’s meteoric rise to fame to the masses of automotive culture, and perhaps unravel the meaning behind the untimely death of Peter. You can read more about it here at FlatSixes.com, and see a short teaser video on the Kickstarter page here.