[youtube]https://www.youtube.com/watch?v=utAhrJDwWfQ&spfreload=10[/youtube]
As we begin, lets look back on the last race win by one Micheal Schumacher, facing off with title rival Fernando Alonso. While Alonso went on to win the championship that year, and Schumi ended up getting replaced by the Iceman, this victory showed why he was the master. This year, however, it appears that the title fight won’t be the Spaniard versus a German, but it will be two Germans and a Brit.

This race was the first of the season where the bigger teams started bringing in new parts. Williams and Mercedes both had brand new noses, even though Felipe Massa lost his new front wing after a bizarre crash in Free Practice. On top of this, Ferrari had revised rear body work, and also a visual upgrade in the form of a UPS shield Mosaic of people’s Facebook avatars, including yours truly. Also DickButt, but he was booted off after the story of his inclusion made a bit of a stir online.
You can still find the original picture of Sebastian and Kimi holding the shield that had Dickbutt on it if you look hard enough. But other than that, everyone seemed to have practice as normal, minus one Daniel Kyvatt, who suffered a brake failure, which after Malaysia, just goes to further prove that the Red Bull is not kind on it’s brakes. Whether this is a cooling issue, or a flaw in their new blown front axle, it has yet to be seen.
Qualifying was more of the same that we have been used to so far this year, with Lewis Hamilton taking pole by just four one-thousandths of a second. Yes, that was all there was between first and second. Yes, F1 is an insane sport measured in those tiny gaps. The McLarens were knocked out in Q1, after any signs of improvement they had throughout the weekend kind of faded away in the tough session. Further problems for Red Bull arrived as Kyvatt was knocked out in Q2, proving once again how far they are off the pace this year. The top 3 was the same combo we have had all year so far with Hamilton, Rosberg, and Vettel all taking a spot. The two Williams pilots however came back to split the two Ferrari folks, showing some of the raw pace they had last year.
The race didn’t have the sparks at the front that Malaysia had, even if there were some faint glimpses of attack from Vettel. The main battles were all further down the grid. Kimi fought the two Williams hard enough to get in front of them in the very early stages of the race. After that, the top 10 almost looked to have all of the teams flying in formation. The race pretty much stayed like this until the very late stages, when tyre degradation and strategy seemed to start differing all over.
We lost Kyvatt to an engine explosion, proving once again that Renault might have just as much work to do as Honda. The race for the final podium spot looked to be heating up, with Kimi fighting to catch up to Sebastian Vettel, until another Renault explosion, this time in the back of the Toro Rosso of the tiny child, Max Verstappen. This brought out the safety car, and the race ended with no further overtaking allowed. Our top three were unchanged from the rest of the season, only Sebastian was two steps lower than he was two weeks ago. Both Manors finished for the first time this season, as did both McLarens. Lotus managed to get their first point of the year thanks to Romain Grosjean, who scored his first points since Monaco last year. Romain dedicated his points to his fellow countryman Jules Bianchi, who also scored points that race. McLaren’s Jenson Button got a time penalty, and two penalty points on his super license for a collision he caused while dueling with Pastor Maldanado. Maldanado, who looked to have been quite handy earlier in the race, turned into his usual comedy of errors, with a spin and a weird incident missing the pit lane entrance.
All in all, it was a pretty good weekend for F1. Some good points for Ferrari and Williams, first points for Lotus, and progress from McLaren and Manor. The raw pace of the Mercedes duo continue to be unmatched in most places, but maybe we will see the Ferrari’s draw second blood next time out.
Until next week my lovely readers, and stay tuned as I will recap my experience at this weeks MotoGP race at the amazing COTA facilities. 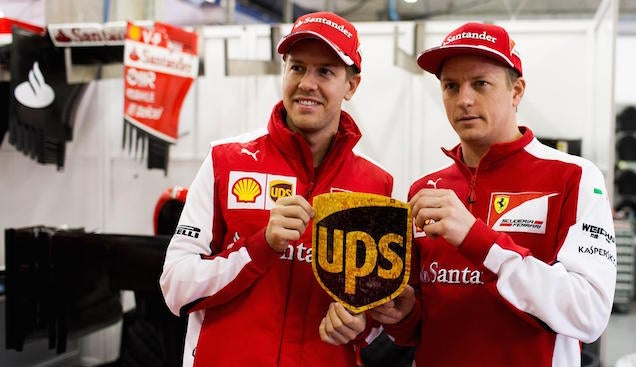