Formula E kicks off in the Kingdom

Germany has Audi Sport ABT Schaeffler, Mercedes-Benz EQ, and Tag Heuer Porsche. China has DS Techeetah and NIO 333. The United States has BMW i Andretti Motorsport and Geox Dragon. France has Nissan E.Dams and India has Mahindra Racing. Monaco has Venturi Racing and the United Kingdom has the last two entries: Envision Virgin Racing and Panasonic Jaguar Racing.

The racing in Formula E is very competitive with the winningest team being Nissan who possesses 16 wins and 32 podiums. Audi is second behind them with 12 wins and 40 podium finishes. These teams are considered the old guard when it comes to this season. The story this year is the newcomers. 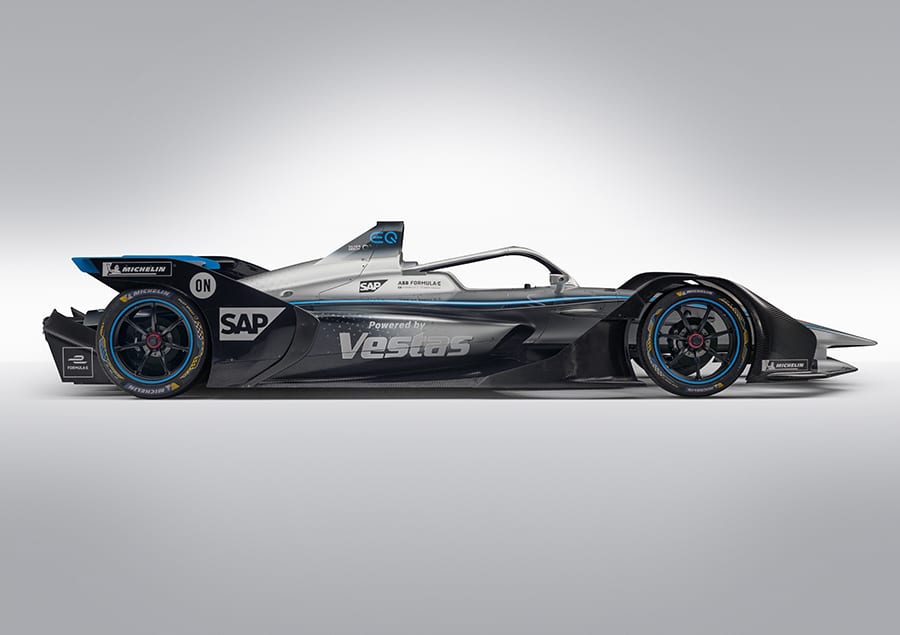 Mercedes has done it differently and acquired a private team from last year. The Mercedes team while technically being new this year is already credited with 14 races and 2 podiums from last season. The team is now staffed and supported by the full weight of Mercedes. MB EQ did retain one of their drivers from last year, Stoffel Vandoorne. Stoffel is previously of McLaren Formula 1 fame for scoring their first points the season he subbed in after Alonso’s crash in Australia. Nyck De Vries will be Stoffel’s teammate this year and is a rookie to Formula E. De Vries has experience from Formula 2 and has been working with Mercedes by taking on the F1 simulator duties.

Porsche has taken a different path into Formula E and built their team from scratch. This team is an iconic brand when it comes to motorsport and that isn’t lost of them. Porsche ditched their three-time championship-winning World Endurance Championship program in favor of beginning the Formula E journey. That’s one of the main reasons that the Toyota TS050s have been driving around with no real competition in the WEC. Porsche hired driver Andre Lotterer away from DS Techeetah and paired him with former WEC Porsche driver Neel Jani. The driver who set the track record at Spa in the prepped 919 Hybrid Evo.

Alexander Sim was on the pole for BMW i Andretti Racing with both of the Mercedes entries right behind him in P2 & P3. The highest qualified Porsche was Lotterer in P7.

The early part of the race was uneventful. Formula E has the same intensity for lap one action as Formula 1. Maybe even more so with the cars so evenly matched. But during the first laps, there were zero incidents of cars coming together on the fairly tight track. Mercedes drivers maintained their P2 & P3 behind Alexander Sims for a majority of the race.

During the race, the drivers have the ability to activate “Attack mode”. This boosts their cars’ output from 200 KW to 235 KW. The drivers have to drive through an activation zone that is off the racing line. In the first race, some drivers were losing 1-2 positions to activate this mode. Once they did though, they had four minutes of more power to make passes. When in attack mode, there are blue lights that turn on around the halo on the car. Attack mode can only be activated twice per driver in a single race.

Throughout the race, the commentators were discussing remaining power percentages. If the driver behind has more power, then the extra could help with an overtake. You don’t want to be in front with less power than the car behind. There is also a Fan Boost that is awarded to chosen drivers during the second half of the race. You can vote each day up to 15 minutes into the actual race. I voted for Lotterer for Round 2, also in Saudi Arabia on the 23rd.

There are no more pit stops to switch cars or pit stops for any reason. If the car is broken, the drivers can come into the pit, but they rarely leave the pit lane again. The race length was 45 minutes plus one lap.

Sam Bird was fast from the start of the race, but patience and using Attack mode effectively carried him to the front. The same took place for Lotterer who started two places behind Bird.

Both DS Techeetah cars finished outside the points with Vergne having an issue with the steering. Envision Virgin had the best weekend with P1 & P5. Mercedes is right behind them with P3 & P6. Porsche had a good weekend with a P2 finish, but Jani was P17 and his fastest lap was over a second slower than Lotterer’s lap. That won’t help Porsche win a constructors’ title.

The second race of the season took place the next day in Saudi Arabia. Alexander Sims put his BMW i Andretti machine on pole for the second race. Sebastian Buemi in the Nissan and Lucas Di Grassi in the Audi were P2 & P3 to start the race.

The second race started in the same uneventful manner, but eventually, it fell apart for some drivers. Antonio Felix Da Costa ran into the back of P2 Buemi spinning him and leaving Buemi in the center of the track just after a blind corner. No one ran into the Nissan, but Buemi was awarded a penalty for an unsafe rejoin since he start/stopped his way across the track to get going again. Da Costa also received a penalty for causing a collision.

After a magical Round 1 for Envision Virgin Racing, Round 2 was the worst possible scenario with both drivers wrecking and not finishing the race. Sam Bird had a mix up with another car and found a wall. Robin Frijns lost control of the backend of his car and slammed into the wall.

Frijns’ accident became the impetus for the strangest scene of the race. While under the safety car and the marshals still on the track recovering the wrecked car, the safety car was called in and the track was set back to green. Except the marshals and tractor were still on track. Fortunately, the wreck was on the far side of the start/finish, so before any cars could get to the location a full course yellow was deployed. It was strange and not a good look for the series. Very unprofessional and scary. Here is the FIA’s explanation. 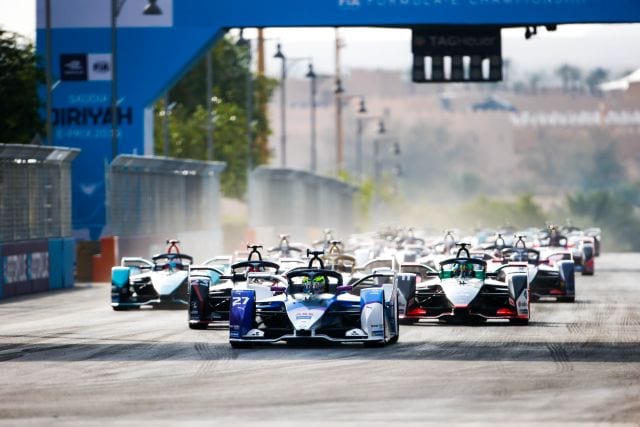 Overall this second race was controlled by the stewards. Alexander Sims led from the start to finish of the race. But every other driver behind him including his teammate was involved with some more of penalty or not. Two different cars did not make the starting grid causing penalties to be issued for cars out of place on the grid. Andre Lotterer was given a drive-through penalty on the last lap of the race.

There were some that did have a good day. Sims, Lucas Di Grassi, and Stoffel Vandoorne make up the podium after the penalties were completed. Sims’ teammate, Max Guenther was penalized for overtaking Di Grassi, when the Audi driver activated attack mode under the safety car. Guenther should have held up but proceeded to drive right by the Audi and stayed there for the rest of the race. Guenther fell from 2nd to 6th with the penalty. Jean-Eric Vergne had a good day even though he started 24. All of the ensuing penalties allowed him to go from DFL to 8th place.

It was a weird race.

The next race is January 18th in Santiago, Chile. The rest of the 2019-20 championship should be entertaining. Last year’s results at the last race in New York had implications on who would win the championship. Let’s hope the same happens for the series this year too. So far, so good with only Mercedes repeating on the podium through the first two races (both P3). Three points separate the top three teams in the standings.