We were recently introduced to the Ford Maverick, which means folks ramped up the Top Gun memes. And let me tell you something Hooniverse, I am HERE FOR IT! If I were forced at gunpoint to pick a favorite all-time movie, it very well may be the original 1986 classic fighter plane movie. I remember going to see it in the theater, that was before you were guaranteed to see ten trailers via YouTube, so I had no clue what we were going to see. I think I asked, “is this a western?”. It was not, and I left there with my future career path set. I was going to be a fighter jockey. Clearly, that didn’t happen, but before I was into cars it pushed me hard into airplanes. Eventually, that was replaced with cars, which is how you ended up reading this.

It’s almost a foregone conclusion that Ford will be ramping up the Maverick special editions over the next few years. So, whether we’ll see a Maverick Tremor, or Raptor, or Harley Davidson Edition, you know they’re coming. Which made me realize that the best tie-in cross-promotion is right in front of our eyes! Top Gun Maverick is coming (eventually) so Ford should make sure a Kawasaki GPZ900R will fit in the back for the promos, and toss one out with some badging. 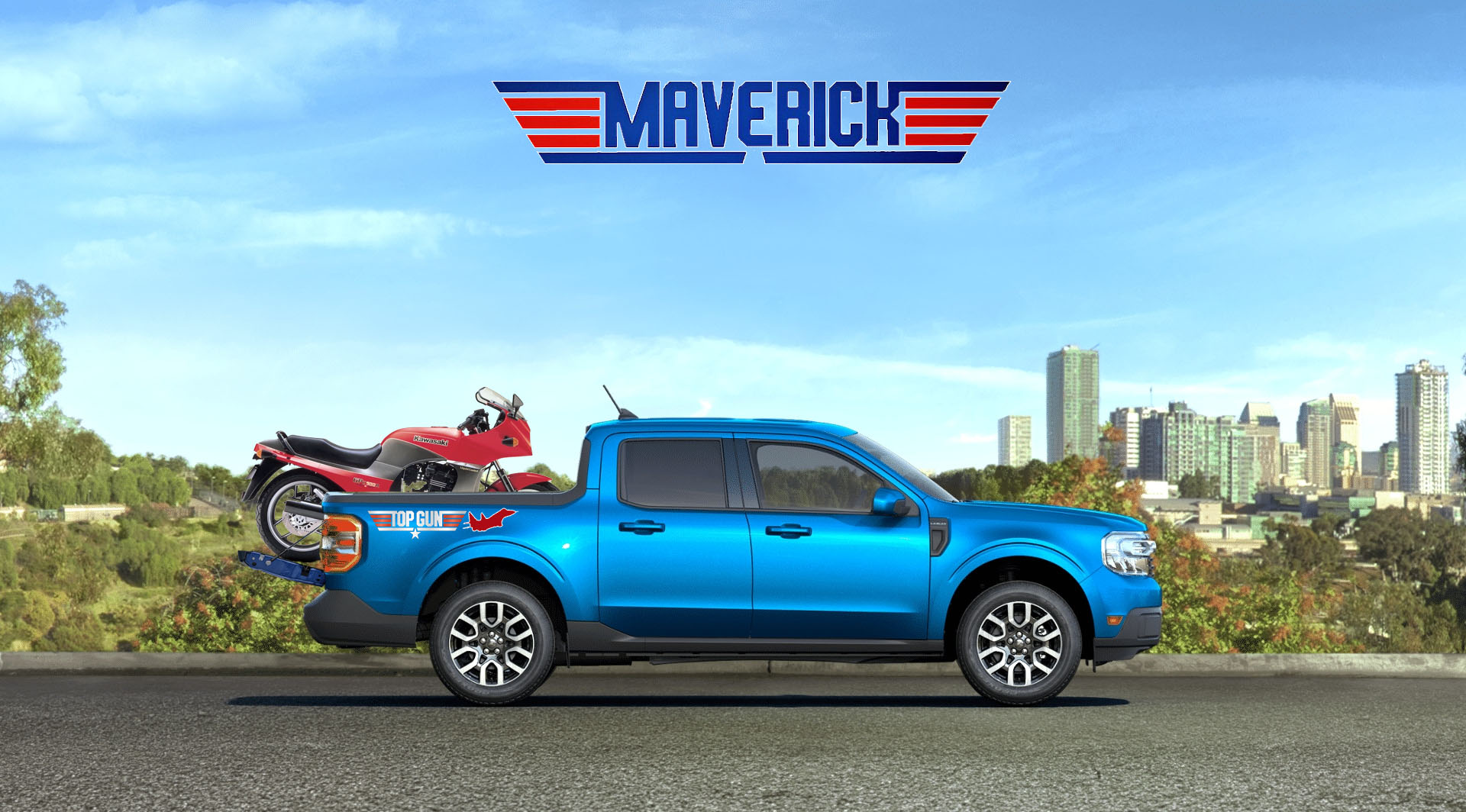 What other special edition Mavericks do you think we’ll see?