Hyundai has our attention with this one… Say hello to the RM19.

RM stands for “Racing Midship”, which means this is essentially a race car with the engine placed in the middle. That engine comes from the Hyundai Veloster N TCR race car, so it’s a turbocharged 2.0-liter four banger that cranks out nearly 400 horsepower. Hyundai tuned it down a bit for us on this test day, so it was “only” making 360 horsepower. 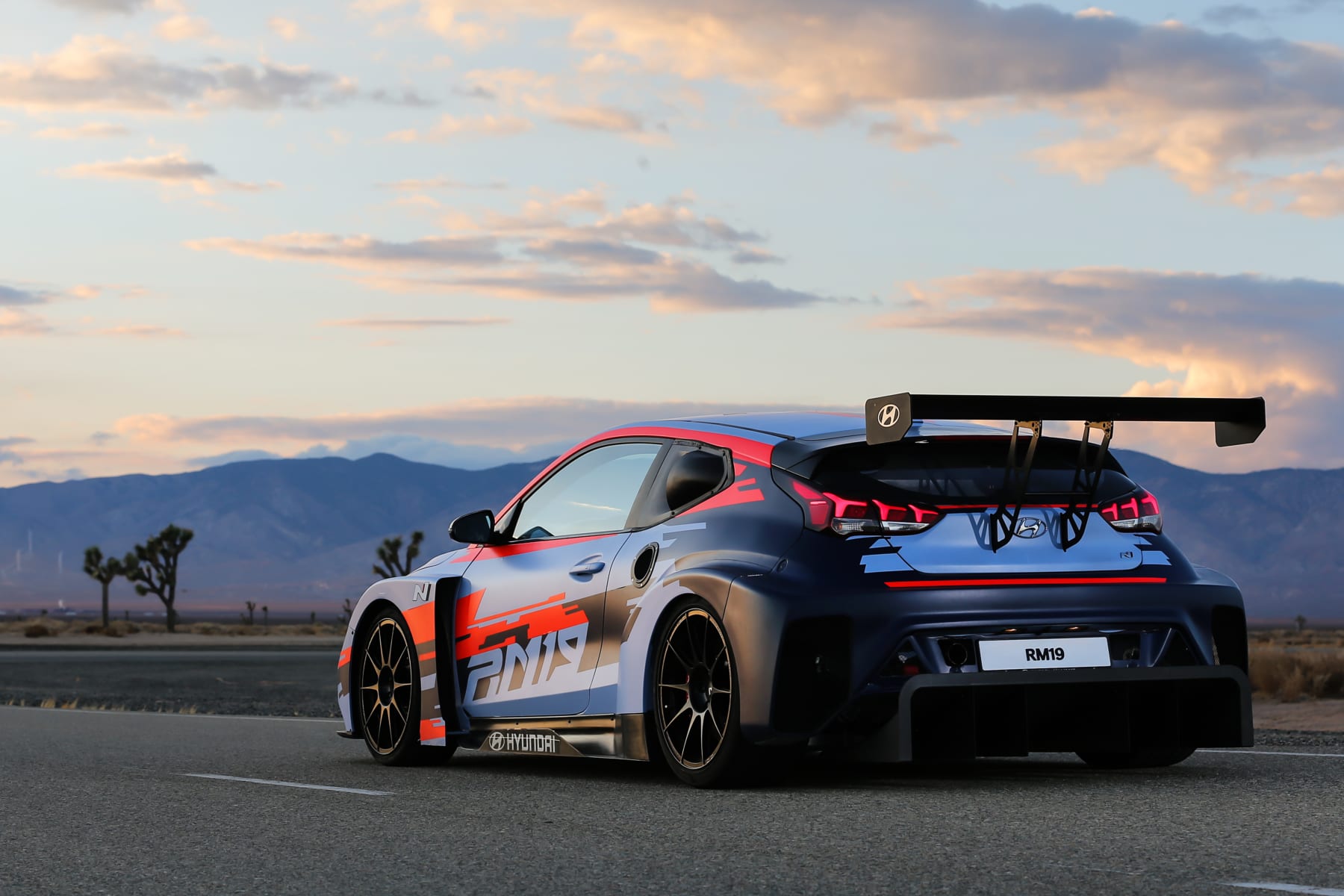 The engine feeds energy to the rear wheels by way of a six-speed Xtrac sequential gearbox. There’s a clutch, which you only need to get rolling in first gear. After that, shifts only required a tug of the appropriate paddle. Upshifts are whip fast, while downshifts are buttery smooth thanks to the rev matching baked into the system. 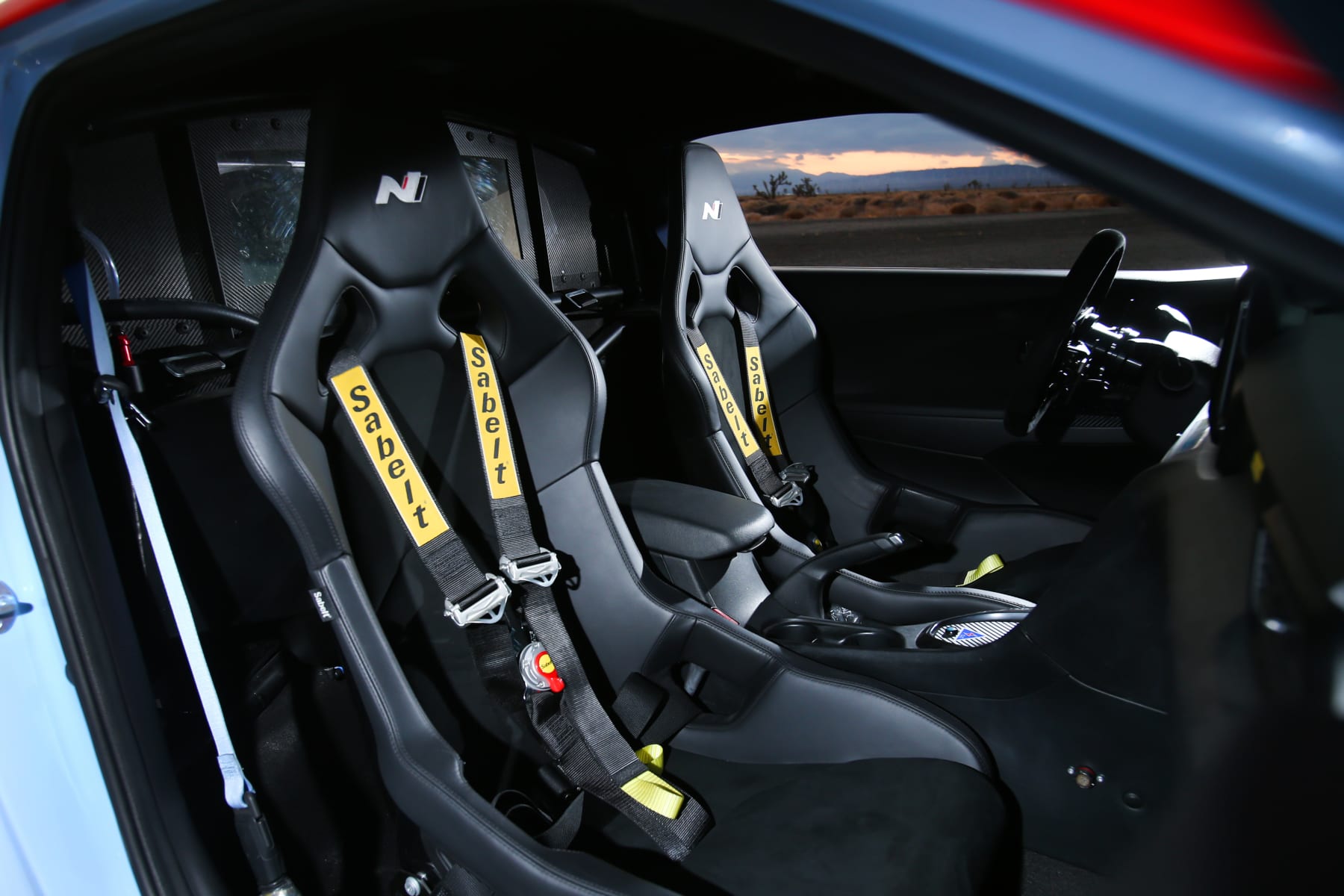 The handling is fantastic. There’s tons of grip and the electronic power steering system has been incredibly well tuned. And that’s no surprise considering how good the Veloster N goes. The RM19 is essentially a Veloster N in the middle. That would be from the firewall to the B-pillar. The front and rear subframes are totally different though. 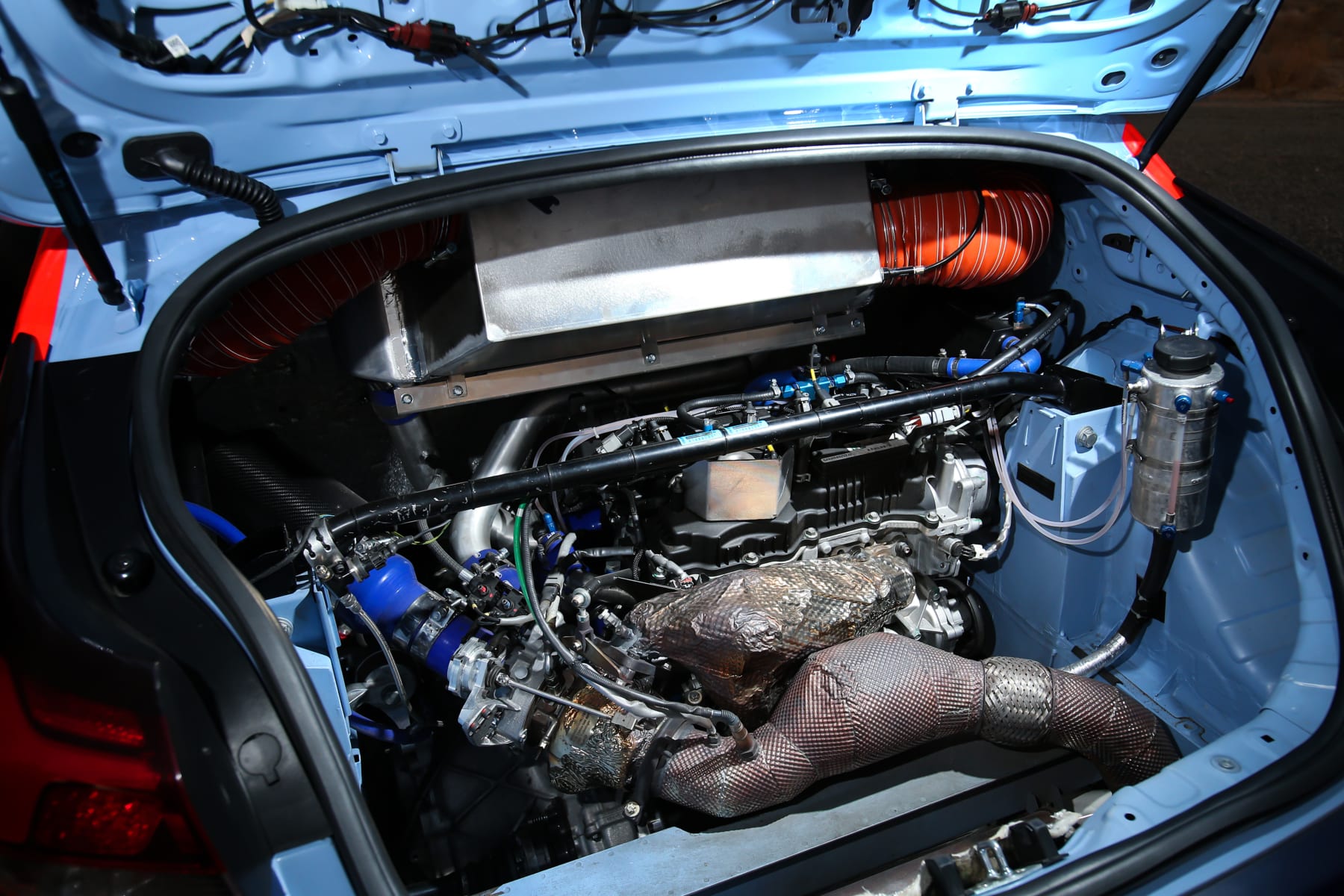 As it stands right now, Hyundai has no plans to bring the RM19 to production. Which is a shame because it’s brilliant. But we also don’t see a market for it. Regardless, as enthusiasts, we can only keep an eye on the RM program and hope for a future version to land in the Hyundai road car lineup.

Our time with the RM19 was all too brief. Three laps and adios. And that just leaves us wanting so much more…

[Disclaimer: Hyundai put me up in a hotel for a night, then fed me.]