Well my fellow Hoons, while we were treated to the Harbinger of the Apocalypse earlier this week, I wanted to share with you something this olelongrooffan spotted at the Rods On The Hill 2010 last weekend. 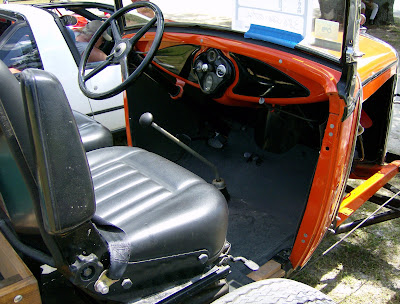 Now, I’m sure there are some of you out there who might believe you know what the vehicle in the above image is.

Well, Hoons, I knew I had no idea what it is and contacted Daniel Strohl over at Hemmings for his input. It was necessary.
Way back in the 1940’s, long before robots, computers, cell phones and the like were around, my Good Ole USA was involved in this thing called World War II. At the time, rationing was the rule of the day and there was rationing of dang near everything including rubber, gas, nylons and, surprisingly, tractors.
Ever seen a 1942-45 US produced civilian automobile? It is highly unlikely as production ceased on all non military related vehicles in early 1942 to make way for the construction of “War Effort Vehicles” including planes, ships, trucks, Jeeps and more. All of Detroit’s production facilities were converted to the war effort.
So, those ingenious farmers needing replacement tractors and located all around our fair country invented what is known as a “DoodleBug”. Not one was duplicated as every farmer out there had a different need and a different donor vehicle.
However, an example was spotted, for the first time by this olelongrooffan, at that show down in Holly Hill, Florida. 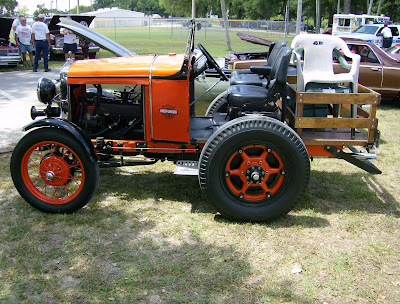 It is a rare sighting down here in the Southeast portion of these United States. It appears there is a strong representation in the Northeast as noted by Daniel Strohl here on a blog he did a number of years ago on Hemmings. 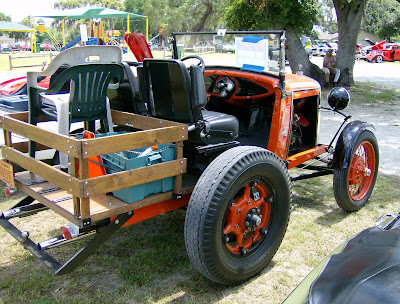 Apparently, a truck rear end was added to a shortened Model “A” frame and this was the setup for a period correct “DoodleBug”. An interesting juxtaposition of body styles, that is for sure. 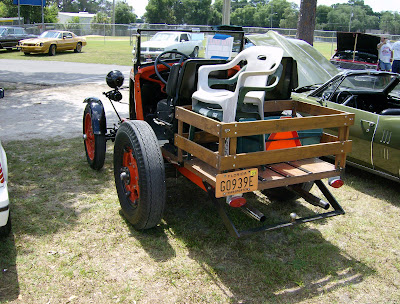 And, as Daniel pointed out, nice Mother In Law seat in the back.
It was interesting find that day and know I will never forget the DoodleBug or the “Little Dog”.