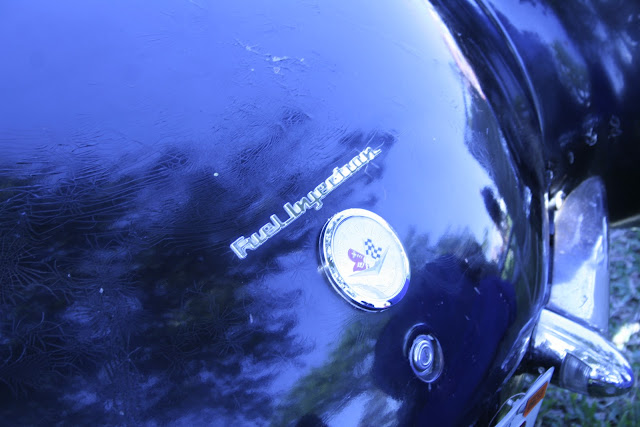 So last weekend down at that car show this olelongrooffan has been talking about all week, there were a tons of fancy dancy new cars, shiny ass show cars, rare muscles and even a few race cars with the requisite booth babes. There were also a few original cars.  This was one of the rare, original ones. 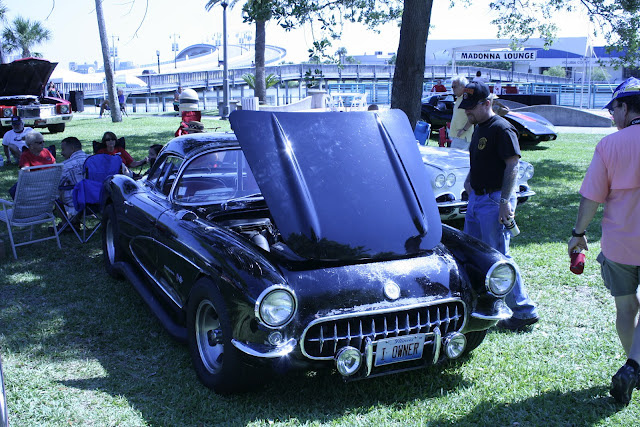 This is either a 1956 or 57 Fuel Injected 1 owner Corvette. While not stock, it is in unrestored condition. My dual Corvette owning Rolex24 buddy was in awe of it. I guess “Fuelies” of this era are highly sought after, regardless of condition. 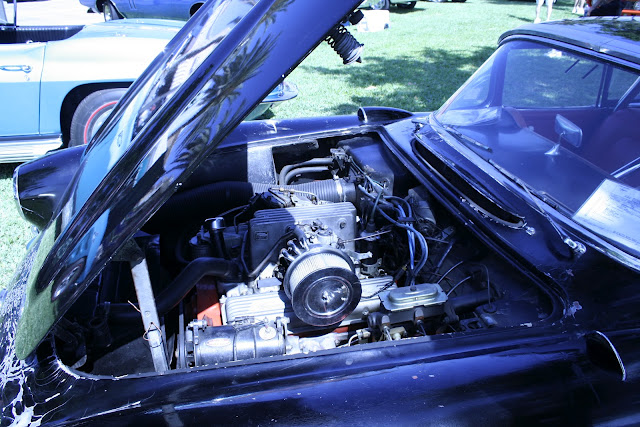 This body on this one appeared to not have been touched since new given the overall “sagginess” and cracking of the paint and finish. 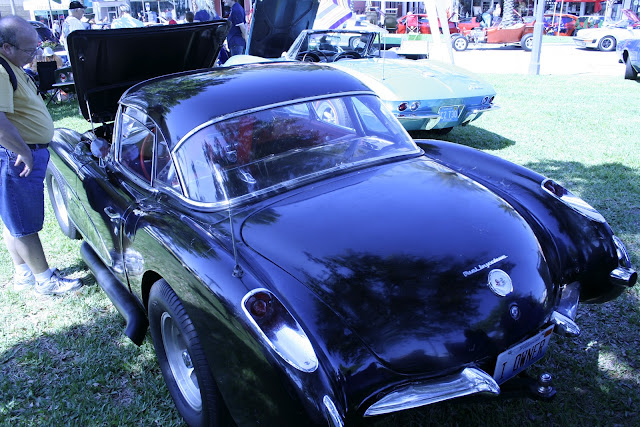 That’s my Rolex24 buddy in the above image and he memorized every item under that hood and related it to me over apps and tales a little later in the evening. And while I may have seen a Fuelie previously, it certainly was not used as this one was.