One of the most hotly contested special events on iRacing’s calendar is the 24 Hours of Spa, an all-GT3 race that takes place on one of the fastest tracks in the world. I’ll be racing with TURN Racing Sim Tools eSports again in one of two cars we have entered. Though Spa is a personal favorite of a lot of our drivers, it was less than kind to us last year. One team was taken out in a first lap wreck, the other was murdered by their own car from the lead with 10 hours to go, and another brought home a very broken car. So needless to say we have a score to settle here.

TRST will be running two cars this weekend, both of which are the BMW Z4 GT3. It’s probably the most stable and nicest GT3s to drive among iRacing’s very limited and very outdated GT3 field. Though it’s not the fastest, we’re sacrificing outright speed for safety and driving pleasure. And a pleasure it is. Take a ride with me for some night practice.

That’s especially important due to some changes iRacing has made to their incident limits and penalty system since we last raced there. Going “off track” (using too much curb) or having car-to-car contact nets you at least one incident point. This year we can get 99 of those without any issue, but as soon as we hit that 100th we get a drive through penalty. We’re using the endurance pits so that’s at least a minute to go all the way through. Adding insult to injury, that interval decreases to just 20 incident points before the next penalty and then repeats.

This is only a problem because iRacing’s track limits at Spa are not only harsh but inconsistent. Some corners let you take both sides of the car off the asphalt and onto the curbs whereas some corners penalize you just for breathing on them. Spa’s track limits are notorious on iRacing but nothing is ever done about it, so here we are, throwing away pace and exciting door-to-door racing to just stay off the curbs as much as possible. Those who aren’t careful will quickly find themselves losing a minute pretty often. It’s easy to rack up 3x or more in a single lap if you aren’t thinking about it. Some people will definitely fall victim to it, or at least that’s our hope. 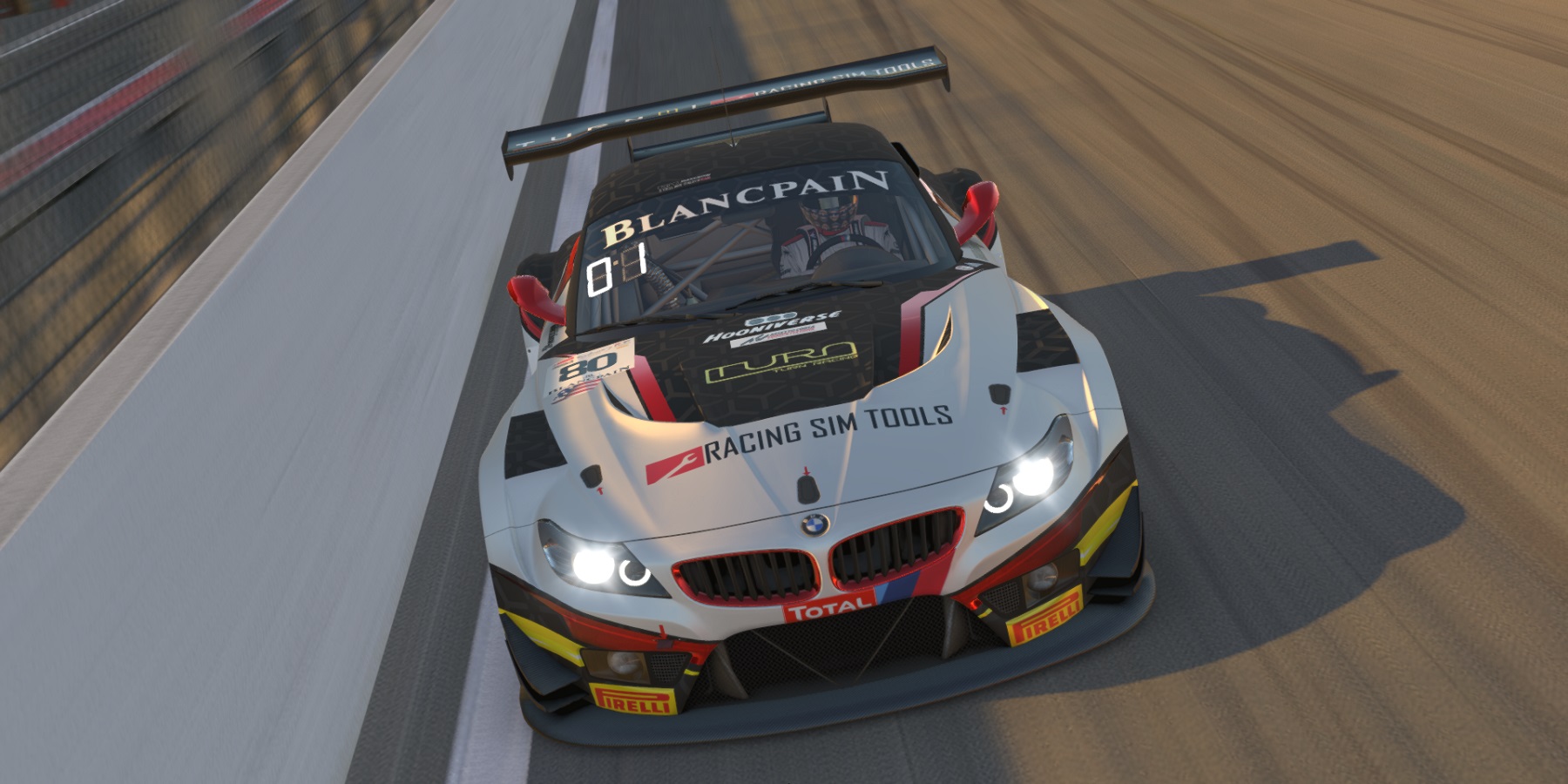 Representing TURN Racing, Racing Sim Tools, and of course Hooniverse this weekend will be the TRST eSports and TRST Black squads. TRST eSports consists of myself, two Zacks, a Mark, and Mario the new guy. Our race will be streamed by one of those Zacks and can be accessed here. The TRST Black squad consists once again of Jamen, Alexander, Mike, and Geoff. These guys have been the most consistent out of anyone all year so they’ll be ones to keep an eye on. At this time we don’t have streaming set up for them though but I’ll update this post if it becomes available.

The race starts at 9AM Eastern tomorrow and goes on for a full 24 hours. You can follow our team Twitter for in race updates. Wish us luck – we’re probably going to need it.