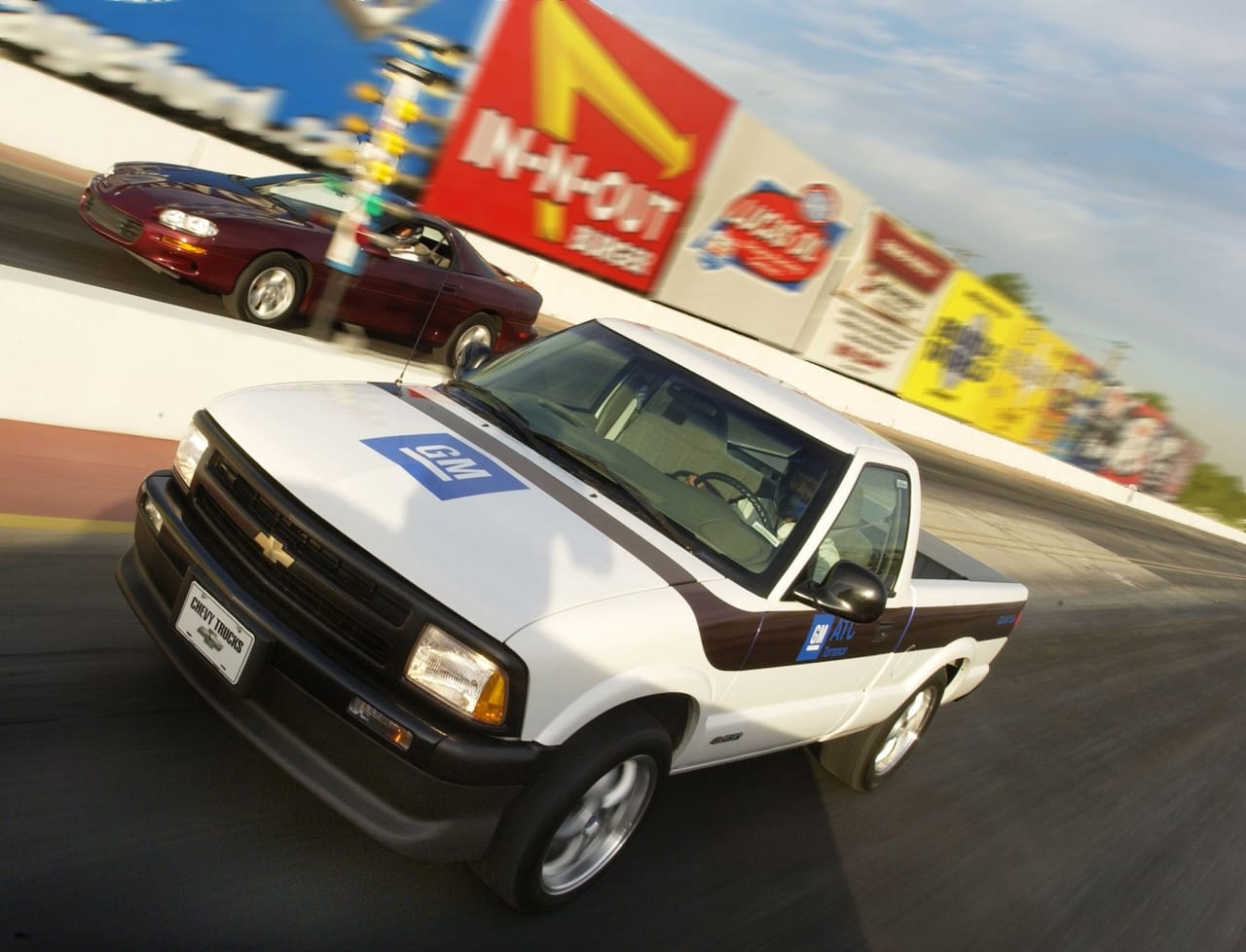 This week, I decided to introduce you to my columns in Chevy Enthusiast Magazine, titled Weird and Wonderful Bowties. Yesterday, I introduced you all to John Fitch, who is a living legend, and a true Chevy Enthusiast. Next up is an actual production vehicle I bet you didn’t know existed, the all electric Chevy S-10EV.

The Toyota Prius notwithstanding, General Motors and Chevrolet squandered the leadership position in alternative-propulsion vehicles that they stated to hold with the twin introductions of the EV-1, and the Chevrolet S-10EV. What, you never heard of the S-10EV? Ahhh, come, sit, and learn how GM regained it’s swagger after two truly forgettable decades of producing mostly uninspired vehicles, and introduced a truly revolutionary car – The EV-1 – along with the companion S-10EV.

Much has been written about the EV-1, and how it was distributed through Saturn Dealers in warm weather locations on a fixed term lease arrangement, but what wasn’t well known was the fact that GM was developing the S-10EV at the same time, and offered generally to large commercial fleets. The induction motor used to power the S-10EV is based on the EV-1 powertrain, only smaller because the extra weight and aerodynamic drag could overstress the battery pack if the same motor was used. The 1997 model used 27 lead acid batteries, while the revised 1998 model used nickel metal hydride (NiMH) batteries that were both lighter – by 400 pounds – and offered a longer range. Speaking of range, it’s wasn’t very good. The 1997 model, with the lead acid battery pack could only manage a 45 mile city range, and a 60 mile highway range. With the NiHM Battery Pack, and some aerodynamic enhancements built in for the 1998 model year, the range increased to 90 miles on the highway, which was still pretty pathetic. The EV-1 managed to double that range. There was some interesting engineering, and none more so that the adaptation of the heat pump, used for climate control of the interior of the truck, as well as keeping the battery pack cool in severe conditions.

Chevrolet built almost 500 S-10EV’s, and unlike the restrictive lease offered on the EV-1 coupe, Chevrolet actually sold 60 of these trucks to fleet customers, because of a legal loophole within the Department of Transportation crash-worthiness evaluation on the standard S-10 truck. Taken into account, while the engineering involved to produce and to run these vehicles was astounding, battery technology wasn’t keeping pace, and GM lost patience. When the leases expired on the EV-1 Coupes, and the remaining S-10EV’s, they were all scrapped, generating adverse publicity for the company they have yet to live down. GM’s soon to be introduced Volt is using the decade old technology from the EV-1 as a starting point, with revisions as necessary. So, instead of leading the green car revolution, GM is just catching up – a pity, because it didn’t have to be that way. To see the second edition of Chevy Enthusiast, which this column ran, simply follow this link!