If you know anything about the history of Land Rover, you’re well aware of the Camel Trophy. This grueling off-road adventure took place every year from 1980 until 2000, with the exception of no event during 1999. It was a battle of vehicular capability and a wonderful marketing ploy dreamed up by the Camel cigarette company and Land Rover. Anytime you think of Camel Trophy, you immediately picture a Range Rover in full send mode or with water up above its wheel wells. But did you know that Mitsubishi was involved a bit as well? Let’s meet the Camel Trophy Montero!

Over the last few years, I’ve seen the same few pictures of Camel Trophy-clad Monteros (Pajeros). One is the photo above, depicting a long-wheelbase version in the middle of a dangerous river crossing. It’s got the full livery and a bevy of off-road adventure goodies mounted on. Other pictures show a short-wheelbase version in the same livery but with fewer hardcore parts on it. The story I’ve been told is that Mitsubishi had a small hand in some runnings of the Camel Trophy in the early years. And then a small batch production version celebrating that fact was produced. I can’t find much other information than that until I decided to reach out to Mitsubishi directly for the full story. 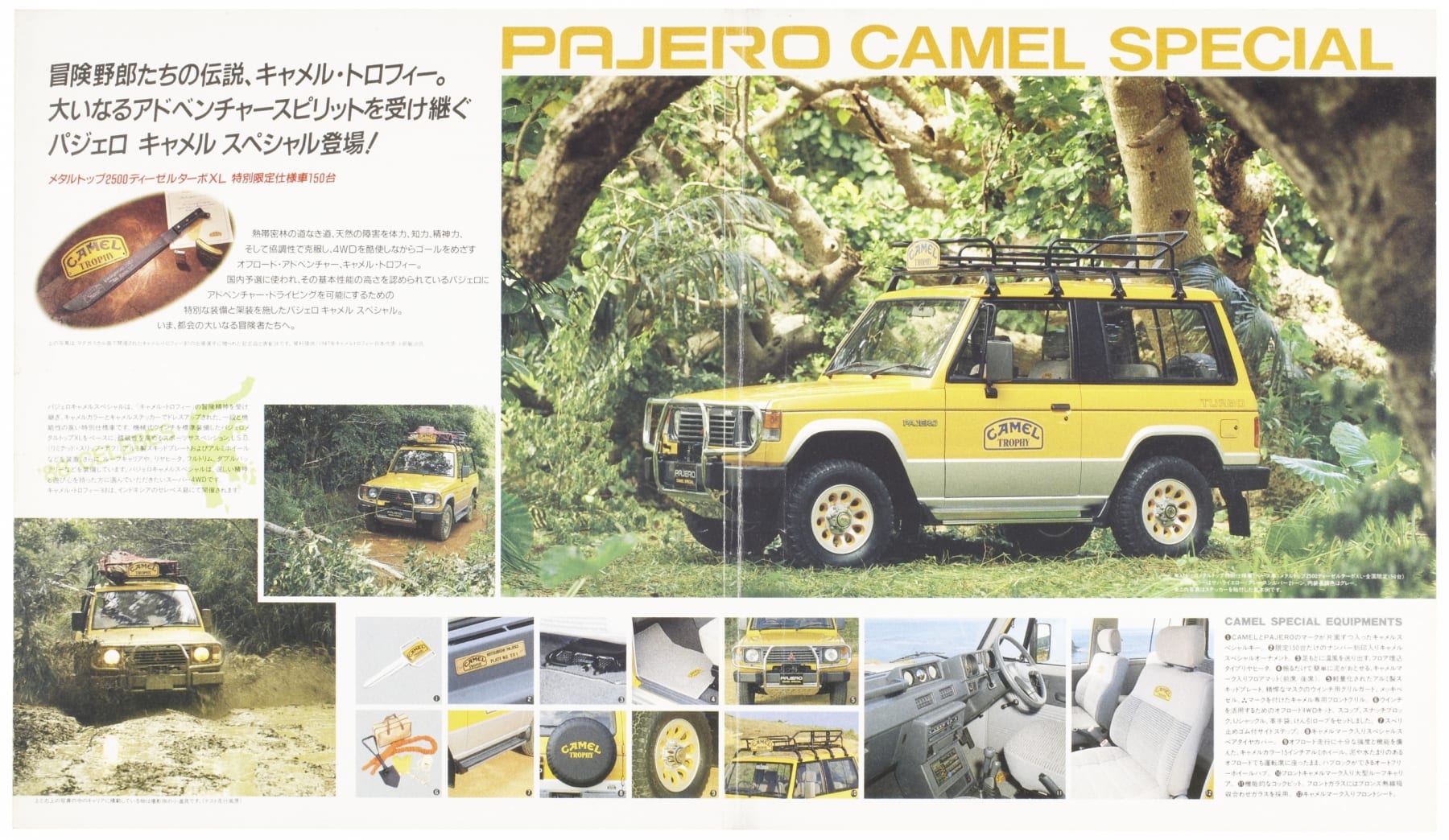 A qualifying round leads to a production model

Here’s some information regarding the Camel Trophy involvement direct from Mitsubishi Japan: 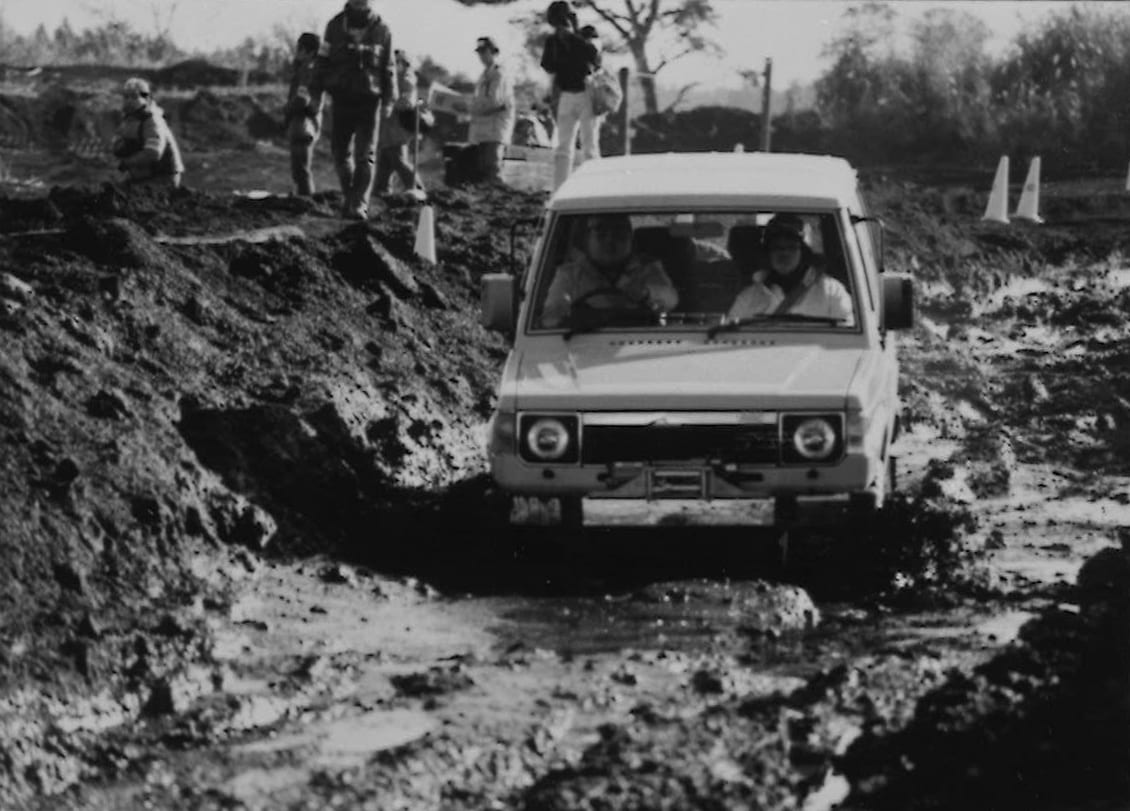 The Montero/Pajero was (and still is) a beast

Mitsubishi supported the Camel Trophy with a Japan-based qualifying round. In 1985, the Camel Trophy competition was held in Borneo, and the footage of the event looks unreal. You have Land Rovers bouncing off muddy trails, log bridges, water up to the bottom of the steering wheel during river crossings, and even a section that required a helicopter lift to clear. And the Monteros were there as well. The Land Rovers get the glory, but I’d imagine that the Monteros were more reliable along the way. Now if we could also find a picture of one of the Mitsubishi pickup trucks in Camel livery as well, that would be something.

To commemorate its efforts, Mitsubishi sold a Camel Trophy version of the Pajero to the public. It was a short-wheelbase version, which typically got the base-level package items. But this one appears to have been equipped with some of the top-trim features such as a limited-slip differential, skid plates, and uprated suspension. And then you have the more obvious changes, such as the color, Camel Trophy decal, a special key (oh my god, I want to find one of these keys…), and more. 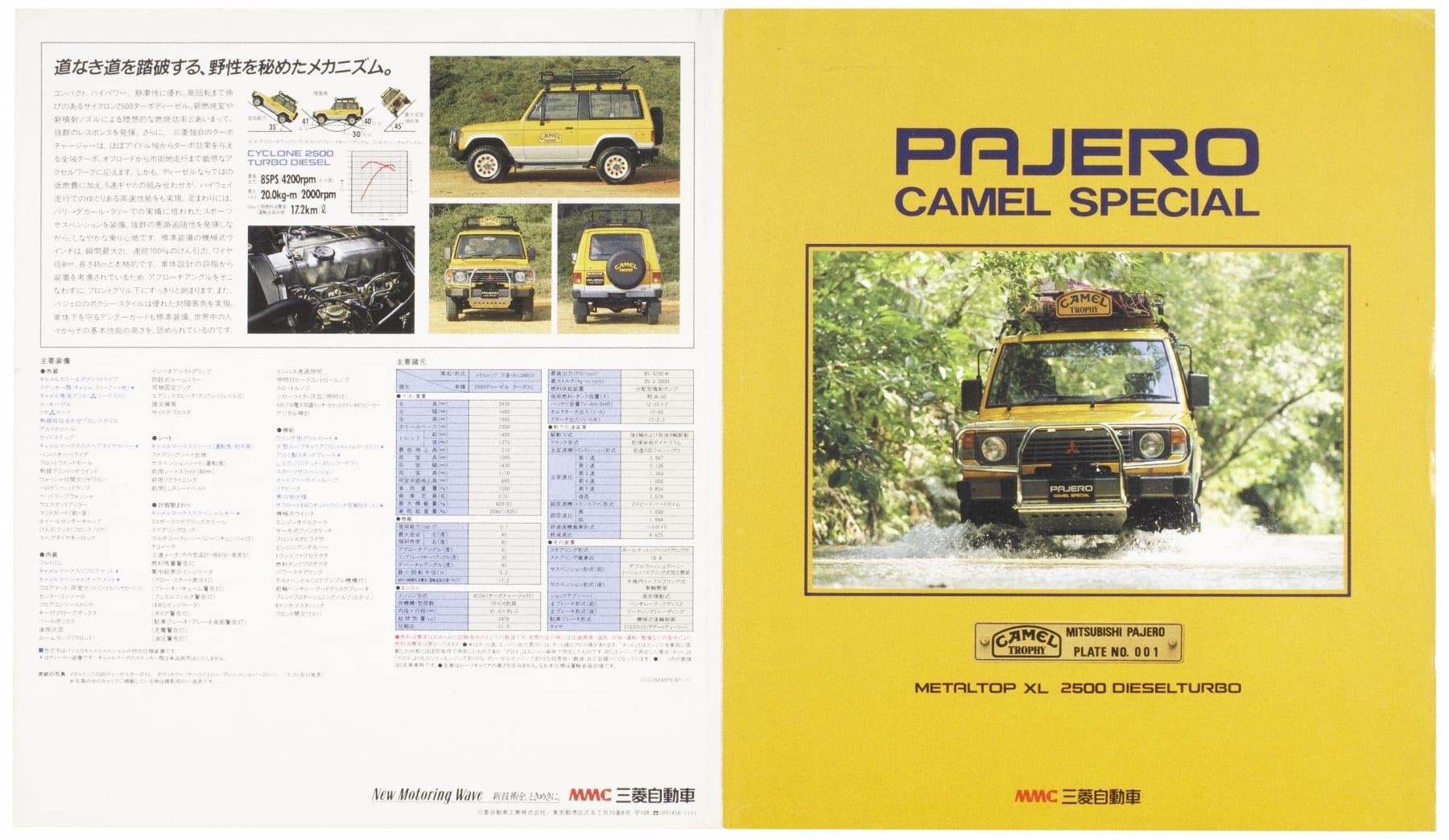 Let’s see the Monteros in action

Here’s a video highlighting some of the activities around a Camel Trophy event. This appears to footage from the 1989 Camel Trophy, which took on the Amazon, and is often regarded as the most insane version of the Camel Trophy ever to be held. Around the 1:45 mark in the video, you’ll spot a handful of Montero trucks being put to work. As I said, the Land Rovers get (and deserve) plenty of the glory… but we should all give some credit to the might Monteros that also came to party.

Let’s bring it back!

Thanks to Mitsubishi for sending over the information, a few pics, and pointing me towards the above video. Now if you’ll excuse me, I’m going to figure out ways to “Camel” up my own truck a bit. And also daydream about a Camel Trophy revival. We don’t need it run by a cigarette company but I think the name still holds relevance to the event itself. 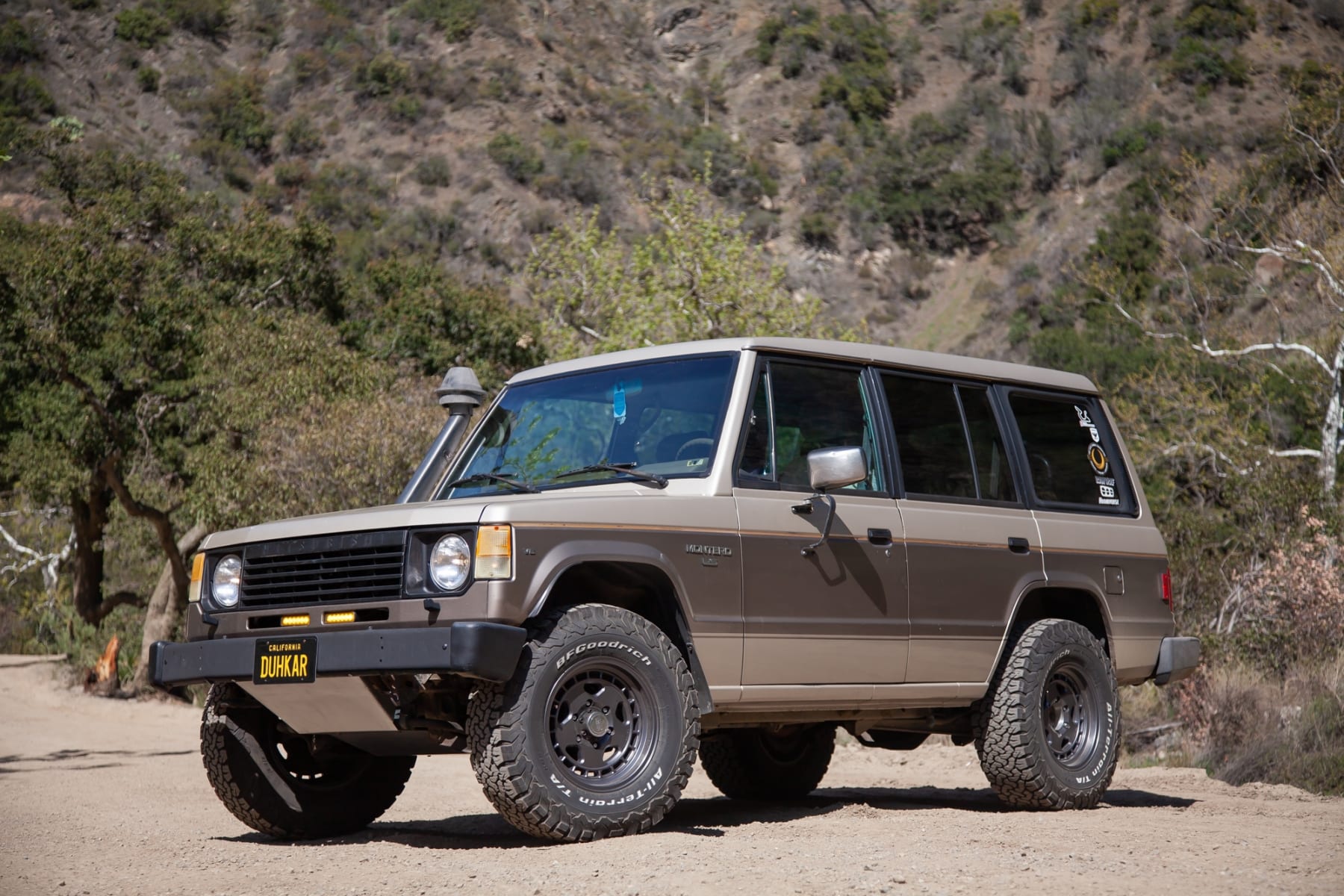