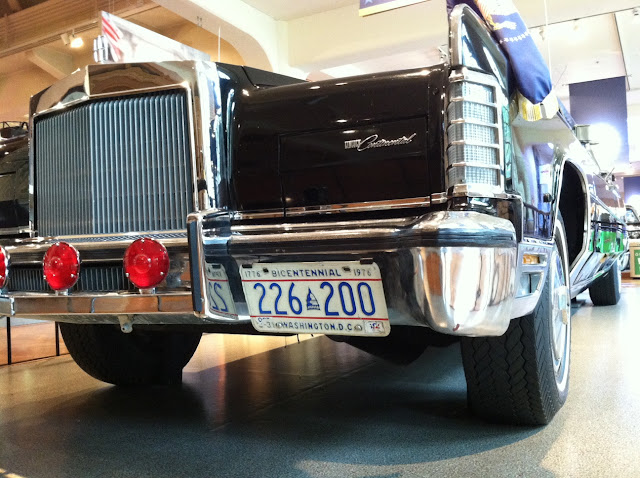 Last weekend, I paid a visit to the Henry Ford Museum in Dearborn, Michigan.  The museum is a part of a large campus open to the public and the automotive section is but a small part of the museum.  The cars on display were carefully chosen for their cultural, technological, or historic significance.  They were not only a hit with this Hoon, but were also thoroughly enjoyed by my non-Hoon wife, her brother, and his fiance.

Upon entering the museum, these American presidential limousines greet the visitor… 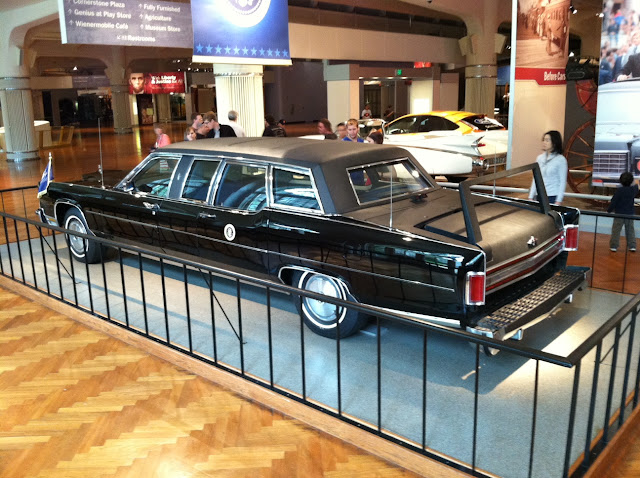 The first Lincoln Continental (a M.Y. 1972 used from 1972 to 1992) was the one Reagan was next to when a big Jody Foster fan named John Hinkley decided to impress her.  The bullet that ultimately hit the Gipper actually hit the car first before ricocheting into his body.  And for the stats-obsessed, the 460 cubic inch V8 had to lug the 13,000 pounder, which originally cost $500,000. 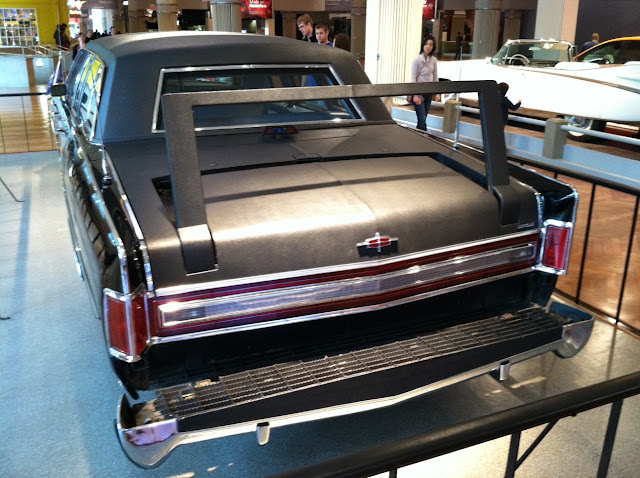 The Continental that JFK rode in Dallas attracted a lot of attention (Rosa Parks’ bus was also very popular). 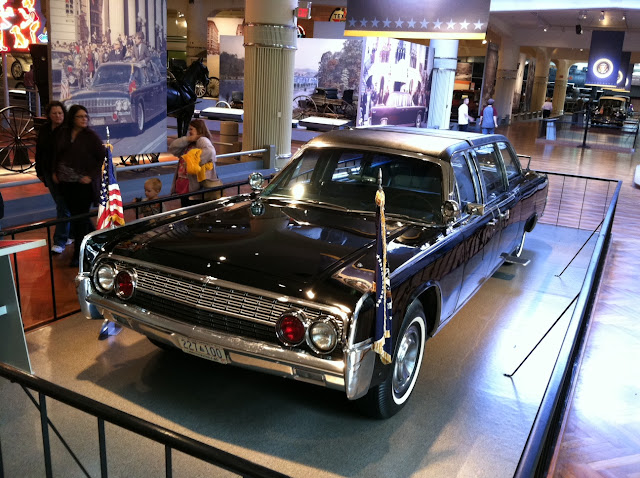 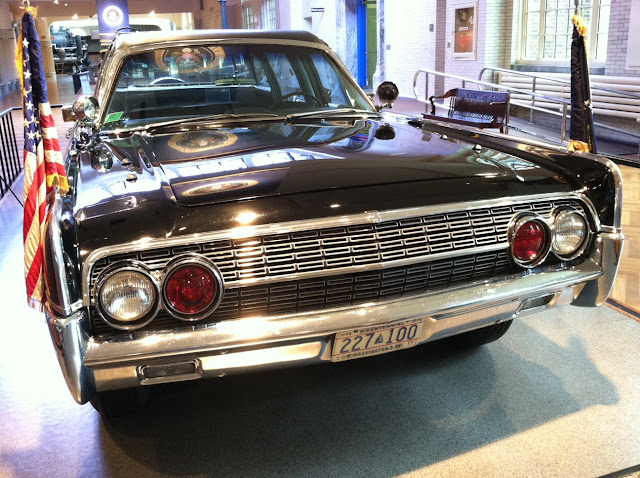 Many modifications were made to the car after the assassination– the hardtop being the most obvious.  The rear passenger side window is the only window that can roll down.  It looks like six panes melded together.  The trunk lid was reinforced after LBJ jumped on it (and dented it) during a campaign stop.  Pre-assassination, the car weighed 7,822 pounds.  Post-assassination, it ballooned to 9,800. 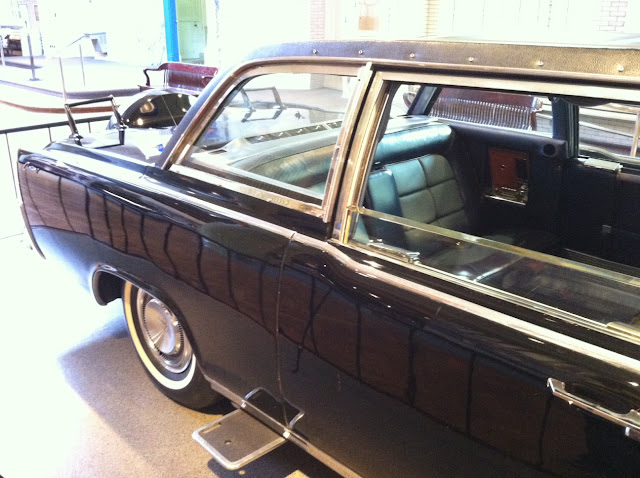 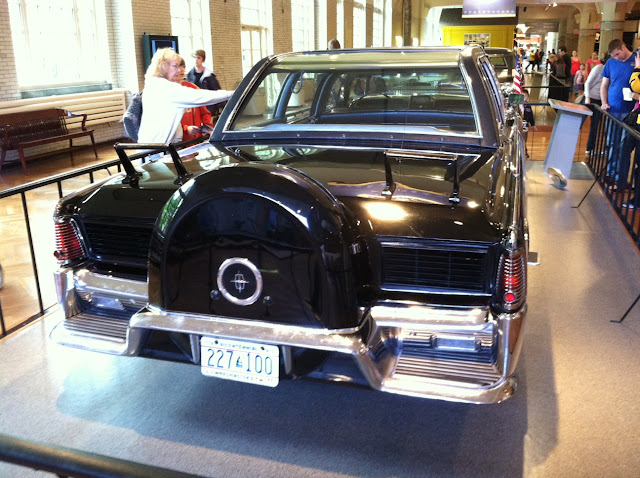 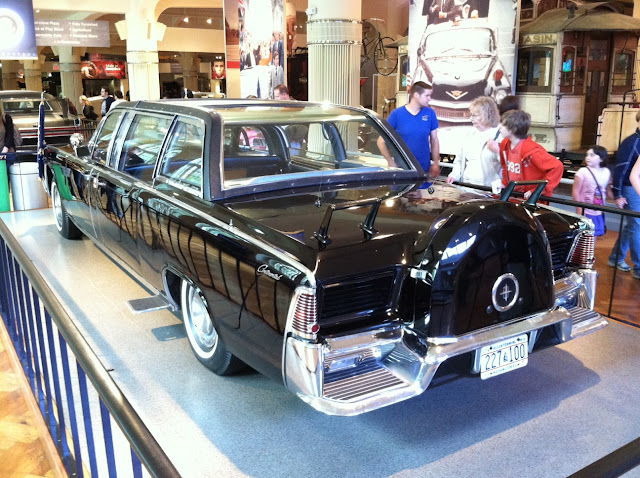 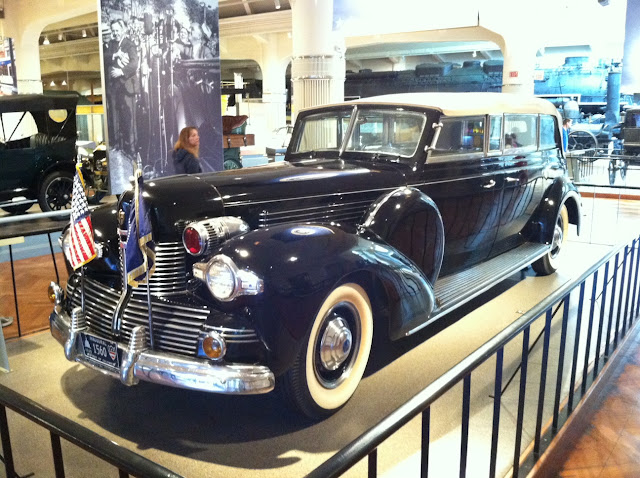 All of these somber, imposing rides remind me of Chiang Kai-Shek’s Cadillacs on display at the Generalissimo’s Memorial Hall.  If you’re a Cold War buff and happen to be in Taipei, I highly recommend visiting the Hall.  As a Cold Warrior who lost many allies as the Republic of China (of which he was the leader) was slowly being replaced in the international arena by its sworn nemesis the People’s Republic of China (or Red China, Mainland China, Communist China), Chiang Kai-Shek rubbed elbows with ruthless right-wing tin pot dictators hailing from countries like Paraguay and the Dominican Republic.  The collection on display of colorful and hyperbolically named medals that the leaders awarded each other is both astounding and hilarious. 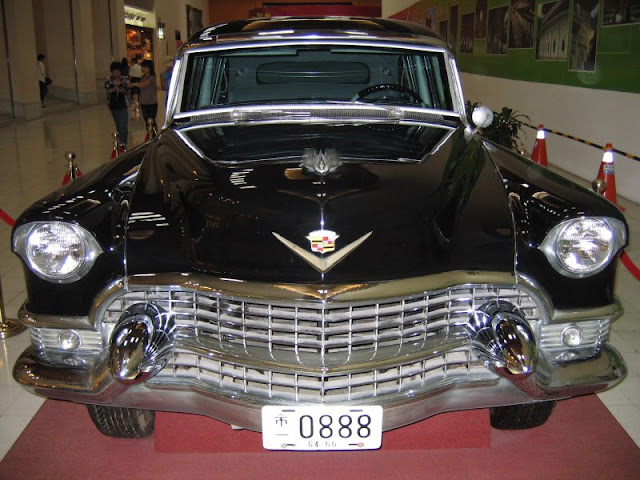 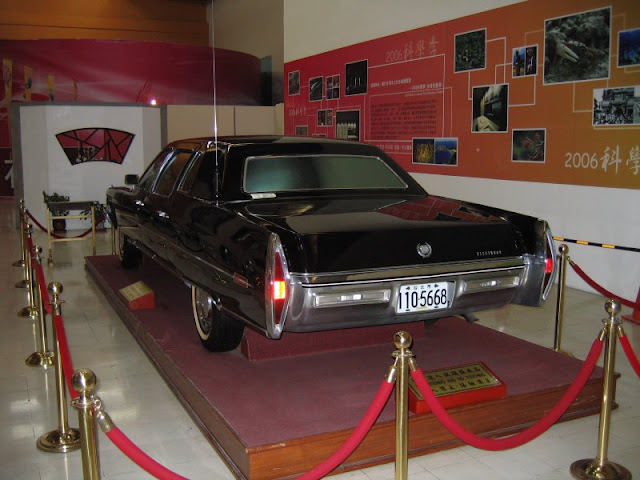