Alfa Romeo celebrated its 110th birthday by issuing a really interesting and informative eBook. The eBook summarizes the brand’s history, racing heritage, and, of course, many interesting and beautiful vehicles. Just glancing through it I realized how little I know about Alfa Romeo. For instance, I had no idea that it started as A.L.F.A, or Anonima Lombarda Fabbrica Automobili – Lombard Automobile Factory, Public Company.

Right from the start, Alfa started making sporty but functional vehicles. The 1910 model 24 HP, an open top sedan, had a 4.1-liter engine which made 42 horsepower, and a top speed of just over 60mph. They raced it, because of course, in the 1911 Targa Florio it led for most of the race until the driver ran out of talent. 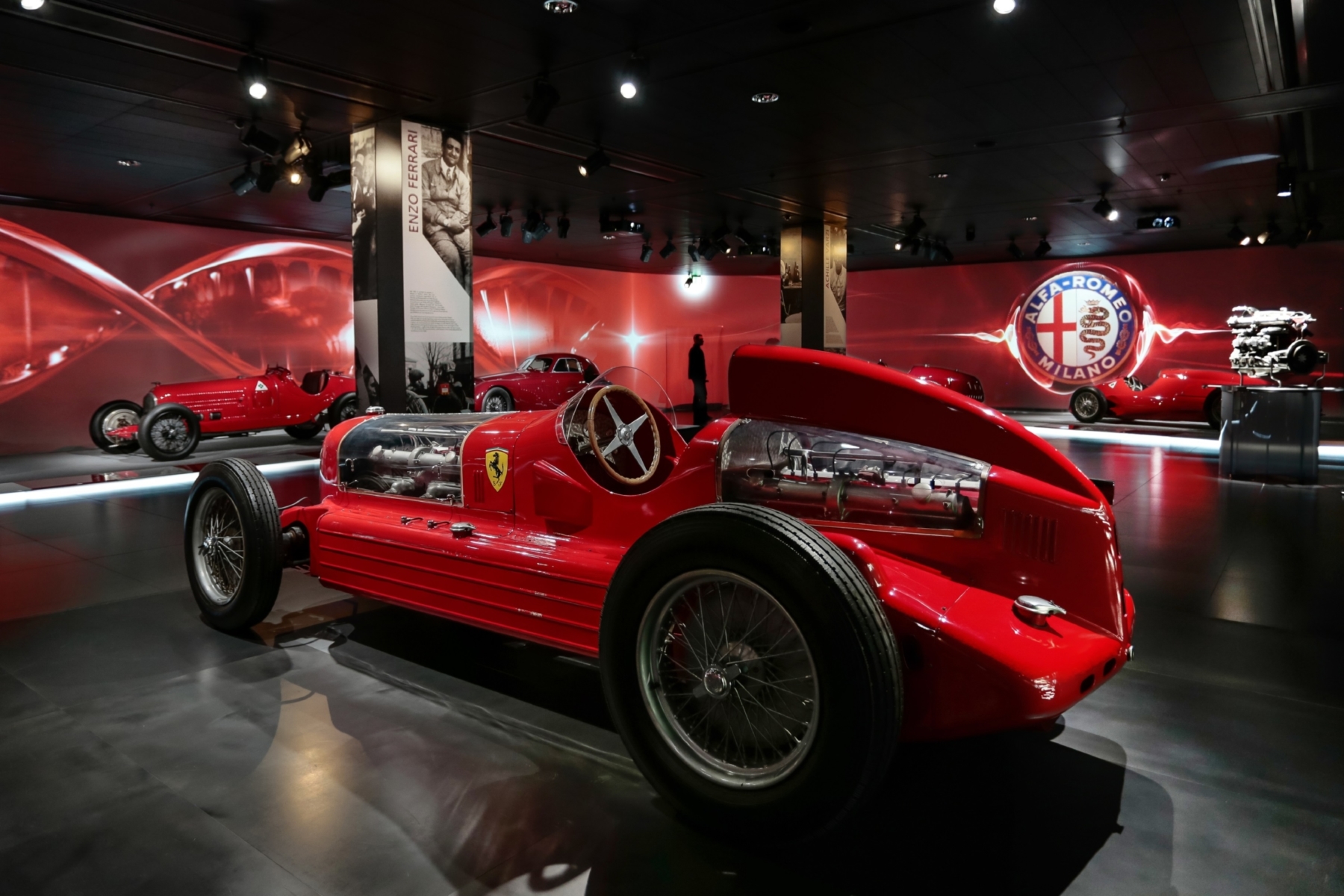 The one vehicle that really blew my mind was the 1935 Alfa Romeo Bimotore. “Designed by Luigi Bazzi for Scuderia Ferrari, the vehicle used the Alfa Romeo Tipo B as a starting point, and a second 8-cylinder engine was added behind the driver replacing the fuel tank, which was moved to the sides of the body”

Safety obviously was not a priority of any kind at that time, but speed was. The two-engine vehicle, which let’s be honest consisted of those two engines, a big fuel tank, a seat, some wheels, and not much else, managed to achieve a mind blowing top speed of 209 mph (337 kph). Looking at, while it is slick, its body does not scream down-force or stability. I’m betting it was slightly twitchy at that speed. 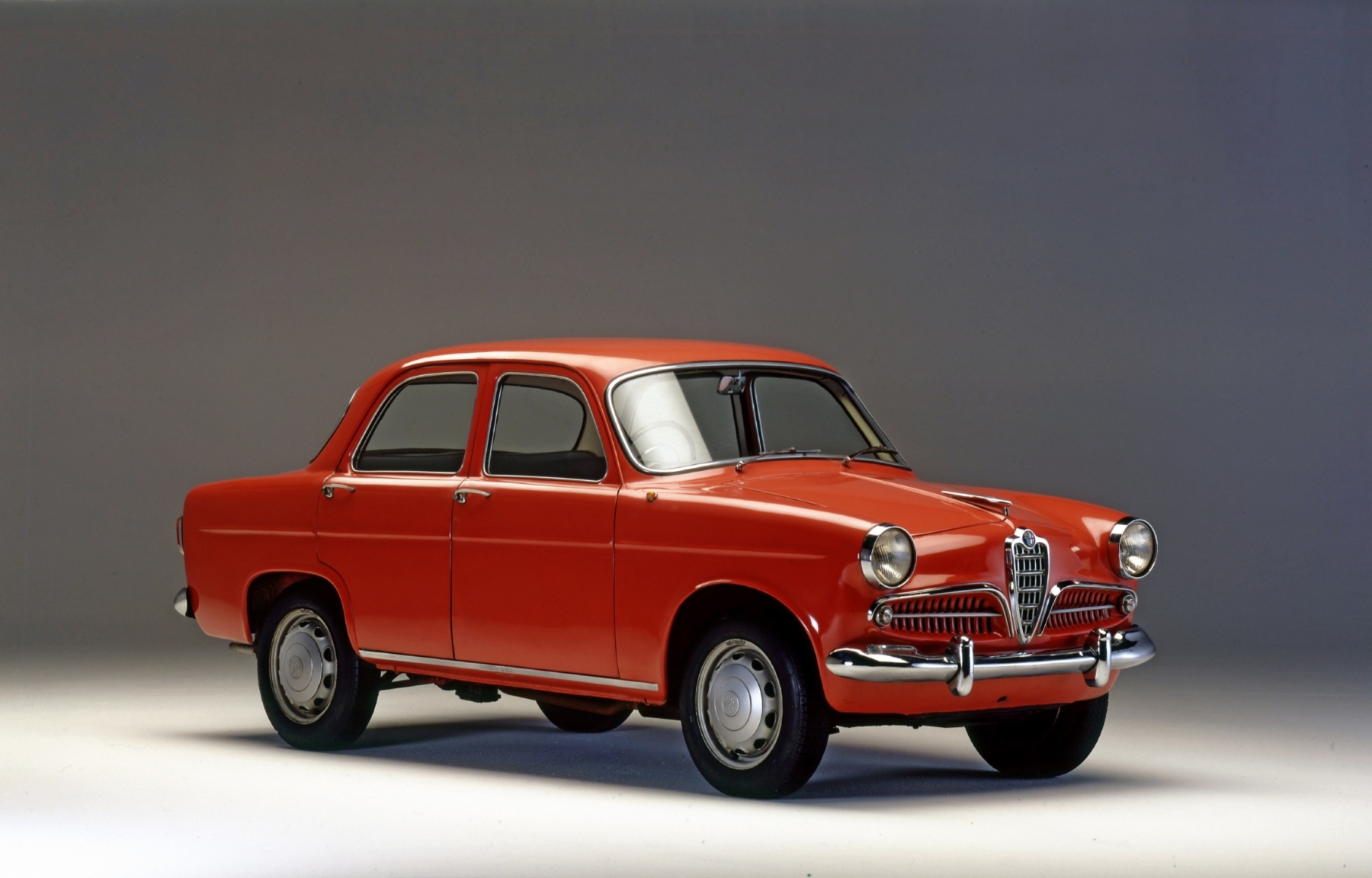 Alfa Romeo’s post-World War II plans switched to more conventional vehicles. Along with it, Alfa Romeo entered the new Formula 1 World Championships. Alfa had 11 victories in 11 races, “with Giuseppe “Nino” Farina winning the title. The next year Juan Manuel Fangio won the title in the Tipo 159, a 425-hp race car capable of a top speed of 190 mph (306 kph)”.

Unfortunately, racing is not cheap. Alfa Romeo stepped back from Formula 1 (spoiler alert – they came back later) to focus on its bread and butter – sporty and functional passenger vehicles. There were some extremely interesting Alfa Romeo concept and production vehicles in the 1950s. But it was not until 1962 when one of the most beautiful and iconic Alfas came to be – the Giulia. 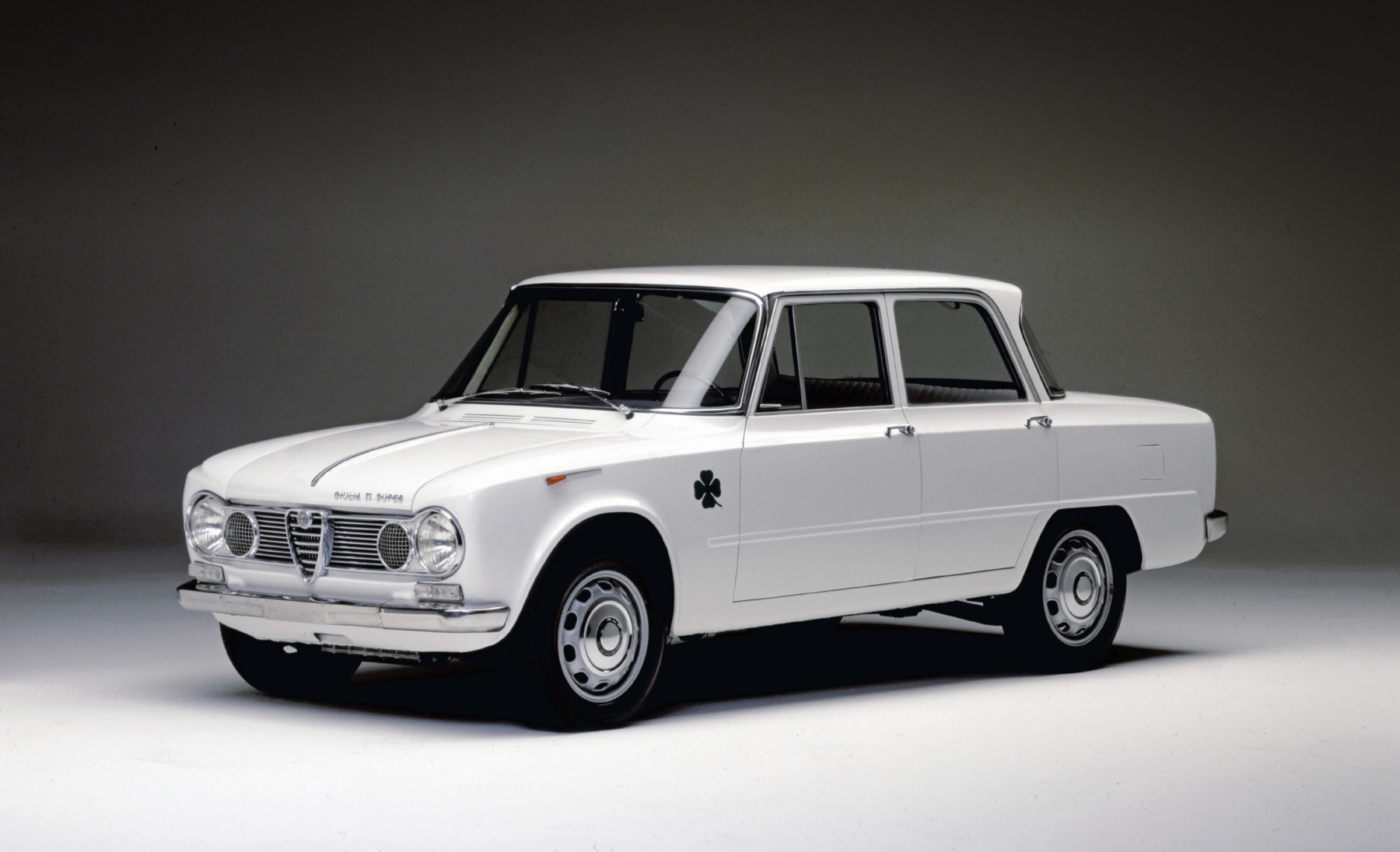 1960s were incredible at Alfa Romeo and a whole book can be written just on those years alone. The Giulia Sprint GTA, 33 Stradale, Giulia 1600 Sprint Speciale, the Spider, 2600 Sprint, and many others, all equally incredible. The 1970s gave us the Alfetta, Alfasud, and the Montreal.  The 1980s gave us the 164 (a.k.a. Milano), Clarkson’s beloved GTV6, and marked Alfa’s return to Formula 1 with no other than Mario Andretti at the wheel. Unfortunately, this time around its F1 efforts were not as great as decades back.

Check out the Alfa Romeo 110th Anniversary eBook. It’s really worth your screen time and I am sure that you will learn something new about the brand, its illustrious past, and certainly its vehicles. 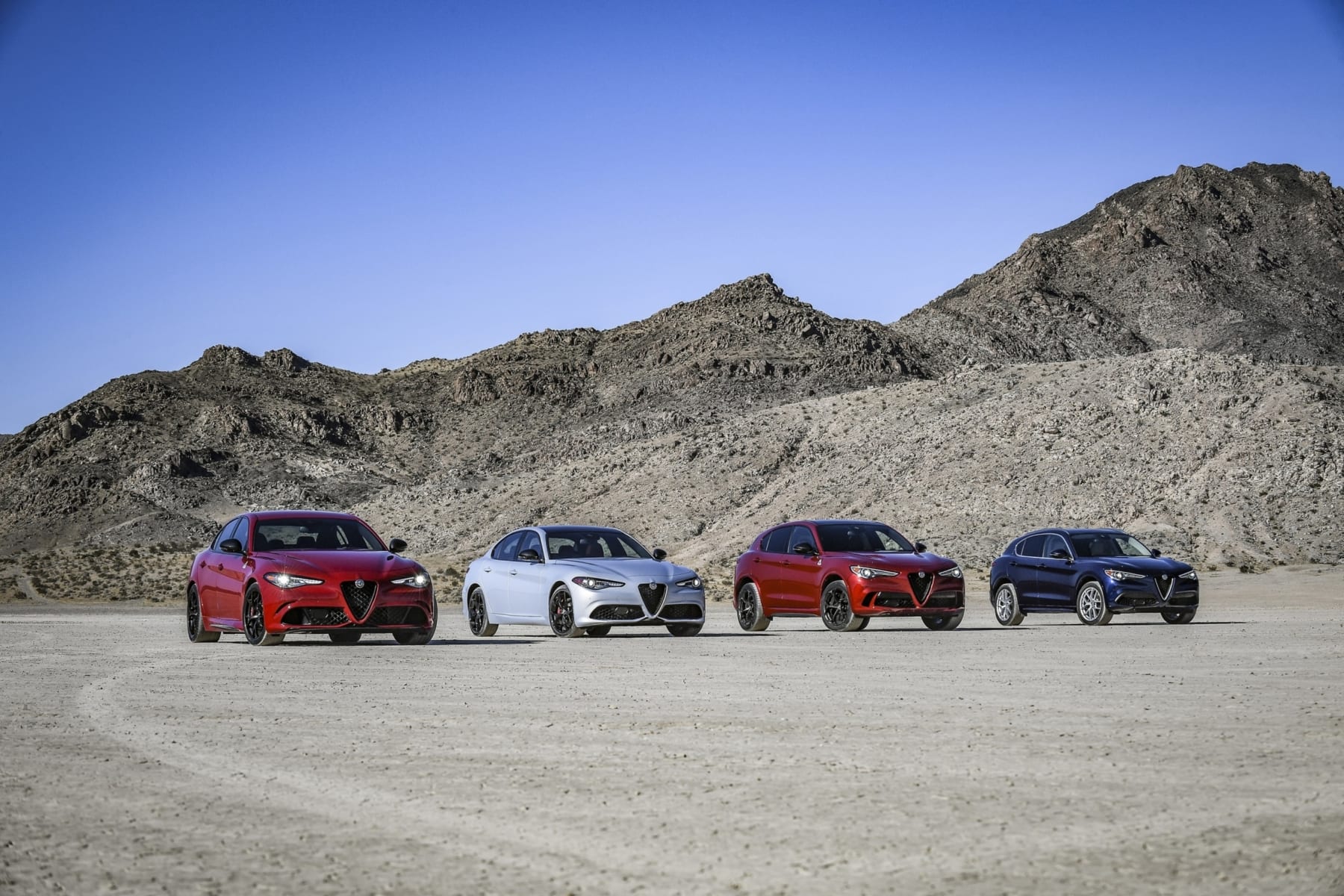 It’s worth noting that Alfa Romeos are available in the United States and they’re some of the best looking vehicles on the road. For 2020, both the Guilia and the Stelvio get interior upgrades, including a bigger touch-screen, center console, and a thicker steering wheel. They also get all the latest active safety features standard. One very subtle change is the removal of the black, SUV-ish fender trim on the Stelvio. It just improves the look of the whole vehicle so much.

Then there is the incredible Giulia GTA. It’s a vehicle so rare that many of us may never see one in real life. Last and not least, is the 4C Spider Italia (in case you forgot its origins). 237 horsepower and 258 lb.-ft. of torque, 2,500 pounds, and probably a ton of fun. Because history repeats itself, Alfa Romeo has returned to Formula 1 in full capacity in 2019. 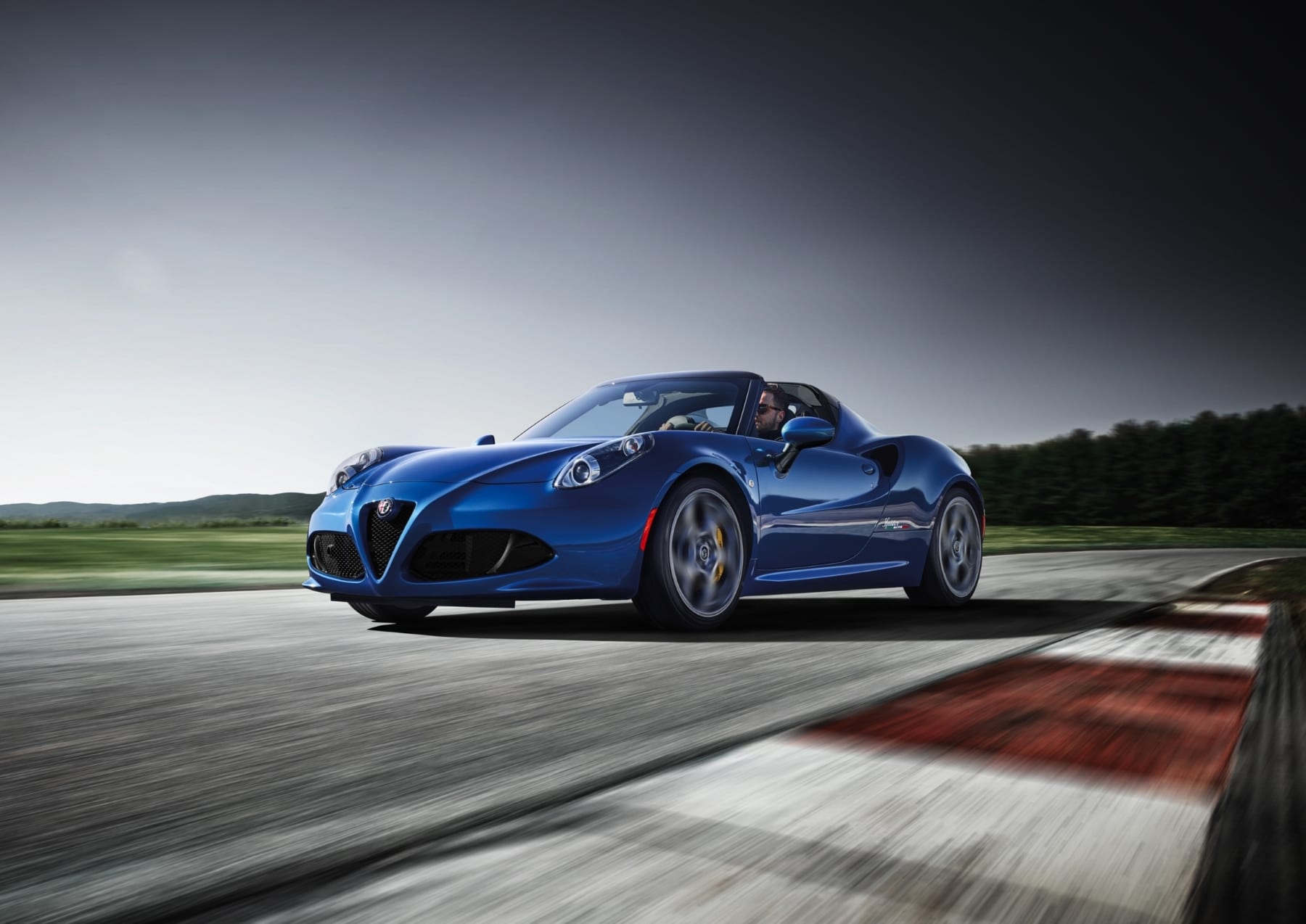