The fine men and women of law enforcement around my region have been using Ford Explorers, or Police Interceptor Utility to be more precise, for some time. But I’m beginning to see more and of the sixth-generation Explorer, the 2020 model year, in law enforcement duty. And I am sad to report that it is getting harder and harder to tell Johnny Law apart from Kelly, the helicopter mom of three, as both of them use basically the same damn generic SUV.

This is further compounded by the fact that cop cars look less and less like cop cars. LED lighting technology allows for smaller, but brighter, lights to be neatly integrated into cop cars. Stealth markings on police cars don’t make things easier, either. But looking at an unmarked Police Interceptor Utility and a civilian Explorer XLT, one difference is painfully obvious – the grill!

Show me them grilles…

The grill on the Police Interceptor Utility is black. Unlike on the civilian vehicle, the fake part of the grill is completely covered up in fake mesh. There is only a square opening in the middle, directly in front of the radiators. There is no fluff on cop car grill, likely made that way to reduce repair/replacement costs and perhaps provide additional equipment mounting locations for things such as small emergency LED lights.

That grill, as seen in the above pictures is pretty hideous. It’s just a square hole in a black cover. It’s so bad that in their press photos, Ford covered up the grill with a brush guard and took each picture at an angle, and then further retouched it. 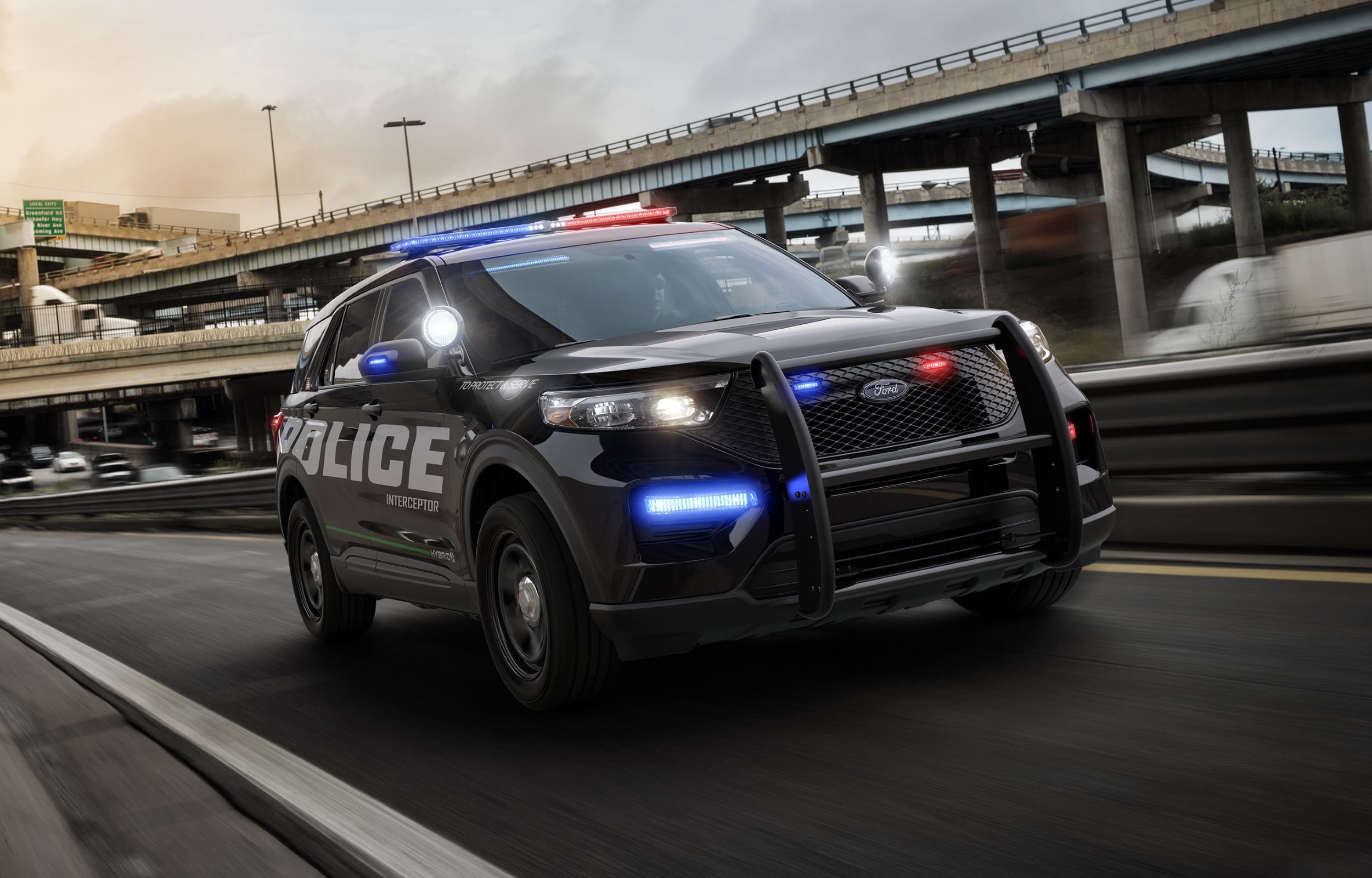 There are a few other differences between the Police Interceptor Utility and the base XLT:

But here is the tricky part – Ford did not finish effing with us there. Enter the Explorer ST. The sporty ST also has a black grill, but it has fog lights. It also has black wheels but they are 20-inch and made of aluminum alloy. It also has black headlights bezels, black trim, and black door handles. And its body is also completely devoid of any chrome trim. Curses! Now you really won’t know if you got the Sheriff tailgating you or some wanna-be car-enthusiast who thinks his three-row SUV can somehow be sporty.

Look at this face 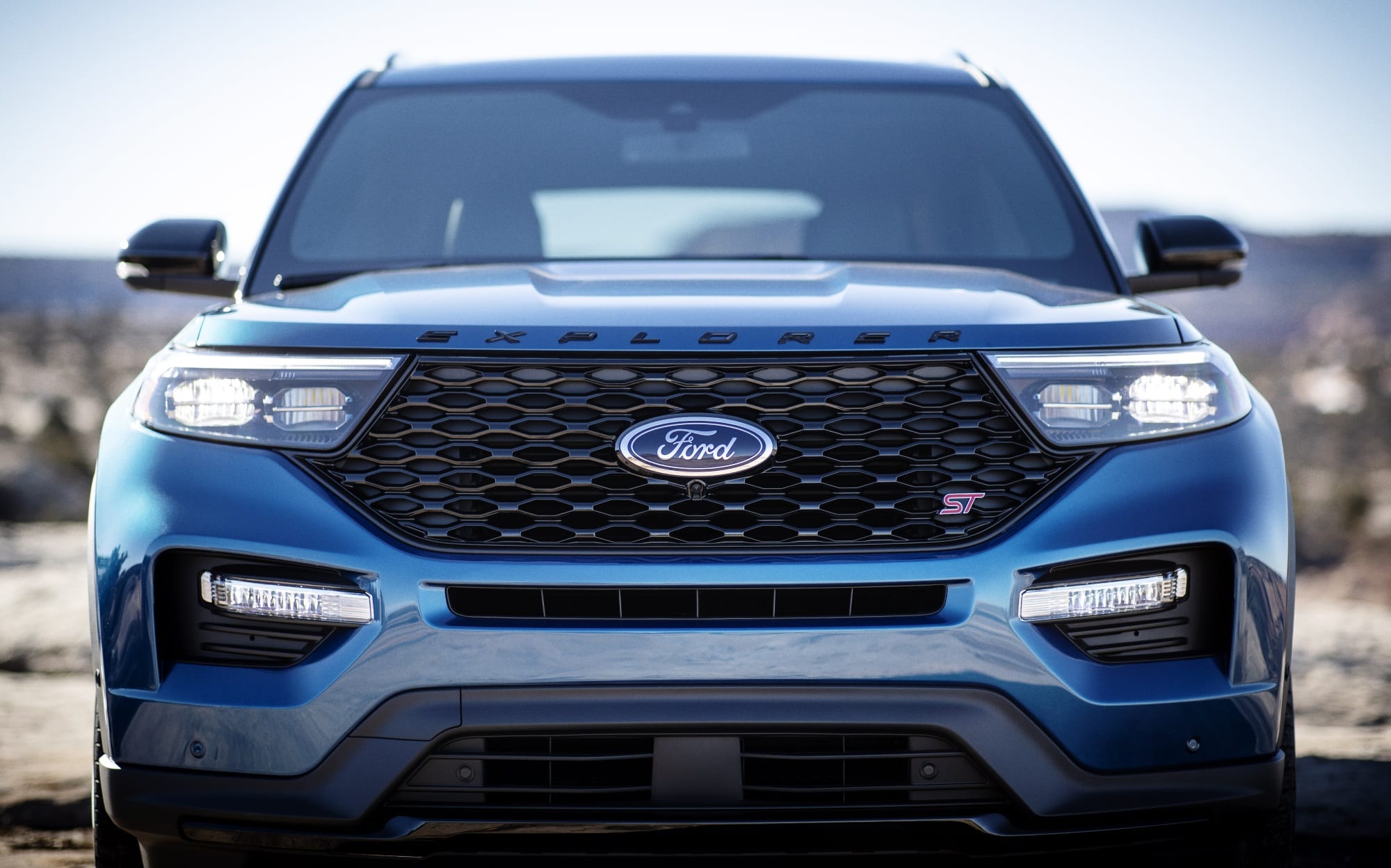 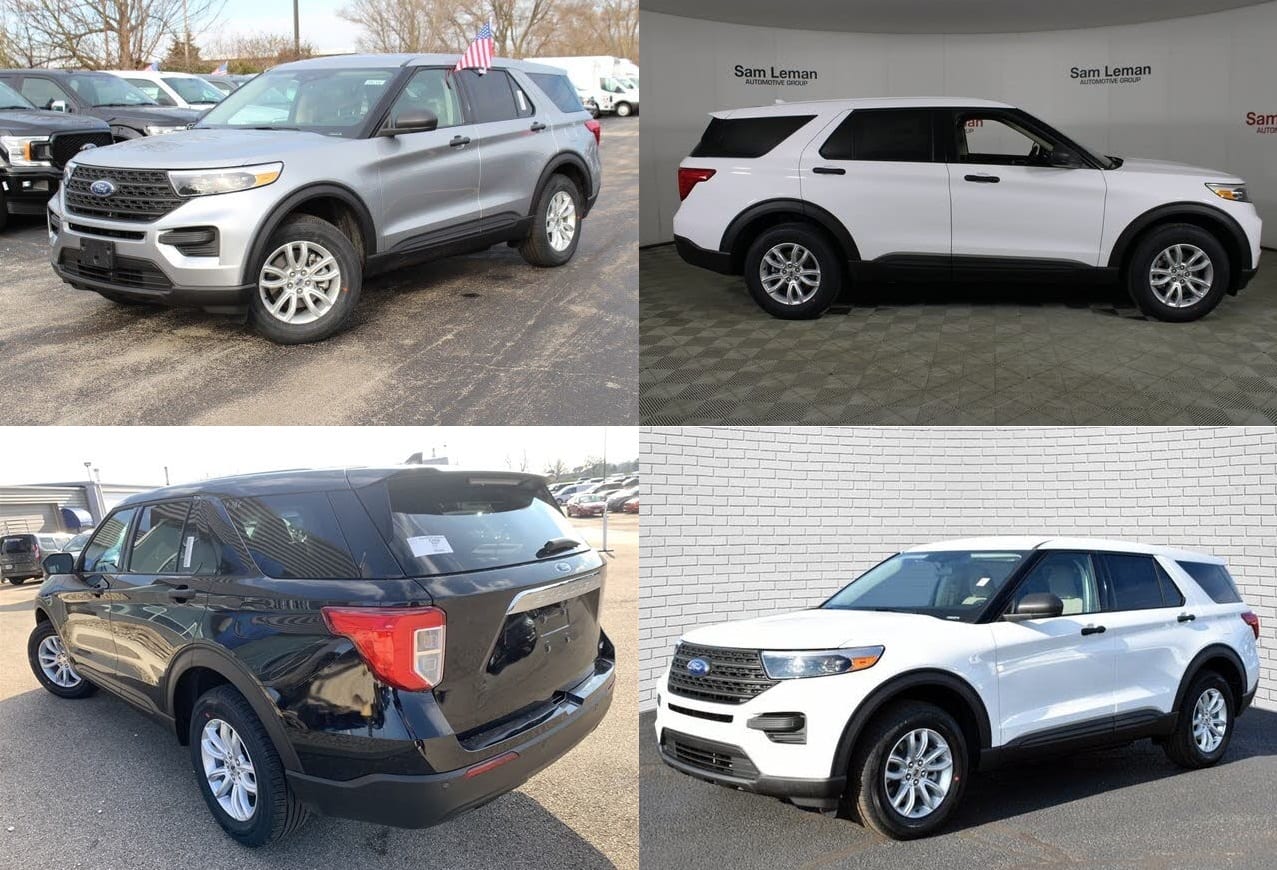 Other models of the 2020 Explorer, specifically the Limited and Platinum, are adorned with big bright grills, chrome trimmings, and other shiny bits. They all ride on big shiny wheels, too. They all have roof racks and the door handles are color-matched to the body. And they all have fog lights.

Things get tricky at night, too. All models of the Explorer have the same headlight shapes and they all use LED as the light source. Higher trims of civilian Explores have fancy adaptive headlamps with automatic high-beams. So don’t dismiss an Explorer as a not-cop just because it’s got fancy blue-ish headlights and not dim halogens.

The truly messed up part is that I have seen police use the commercial and the XLT versions of the Explorer, too. Perhaps those were detectives or department chiefs. Perhaps that was the vehicle that the department got the best deal on. Whatever the case, one can no longer be on a lookout for a typical cop vehicle like the Crown Vic was. Here’s hoping that this article makes it easier to distinguish Johnny from Kelly.