Hoonigan’s Gymkhana series has consistently been one of the most popular and most impressive YouTube series in the automotive space. Ken Block’s incredibly precise driving and ruthless tire slaying has always been the star of these videos as they’ve amassed hundreds of millions of views since 2008, but in recent videos the cars used on screen have taken on a life of their own and become heroes themselves. The best-known hero is the ‘Hoonicorn’, an AWD and now 1,400-hp 1965 Mustang that is truly one of a kind. It was our first look at what the Hoonigans were capable of when tasked with creating a purpose-built Gymkhana car and given free reign.

Well, my nominee for the super prestigious 2018 Hooniversal Car of the Year is our second look. Built for the epic Gymkhana 10, it’s the Hoonitruck.

It’s a 1977 Ford F-150… or what’s left of one built in the same style as the Hoonicorn and I believe it’s the best build of 2018. Its key features are all-wheel drive, a custom wide body with carbon fiber and aluminum panels, modular underpinnings made by the experts at Detroit Speed, and one very peculiar and polarizing motor.

Rather than using another V8 like what’s found in the Hoonicorn, they acquired a piece of modern motorsport history. It’s powered by a 3.5-liter Ford EcoBoost V6 that was used for Ford GT GTLM/GTE development and likely ran in a Ford Daytona Prototype before the GTLM/GTE program started in 2016. Since they weren’t concerned about series BoP adjustments or finishing a 24-hour race, it now develops 914 HP at 7,400 RPM and 702 ft-lbs at 6,450 RPM which gets channeled to all four wheels through a Sadev six-speed gearbox. 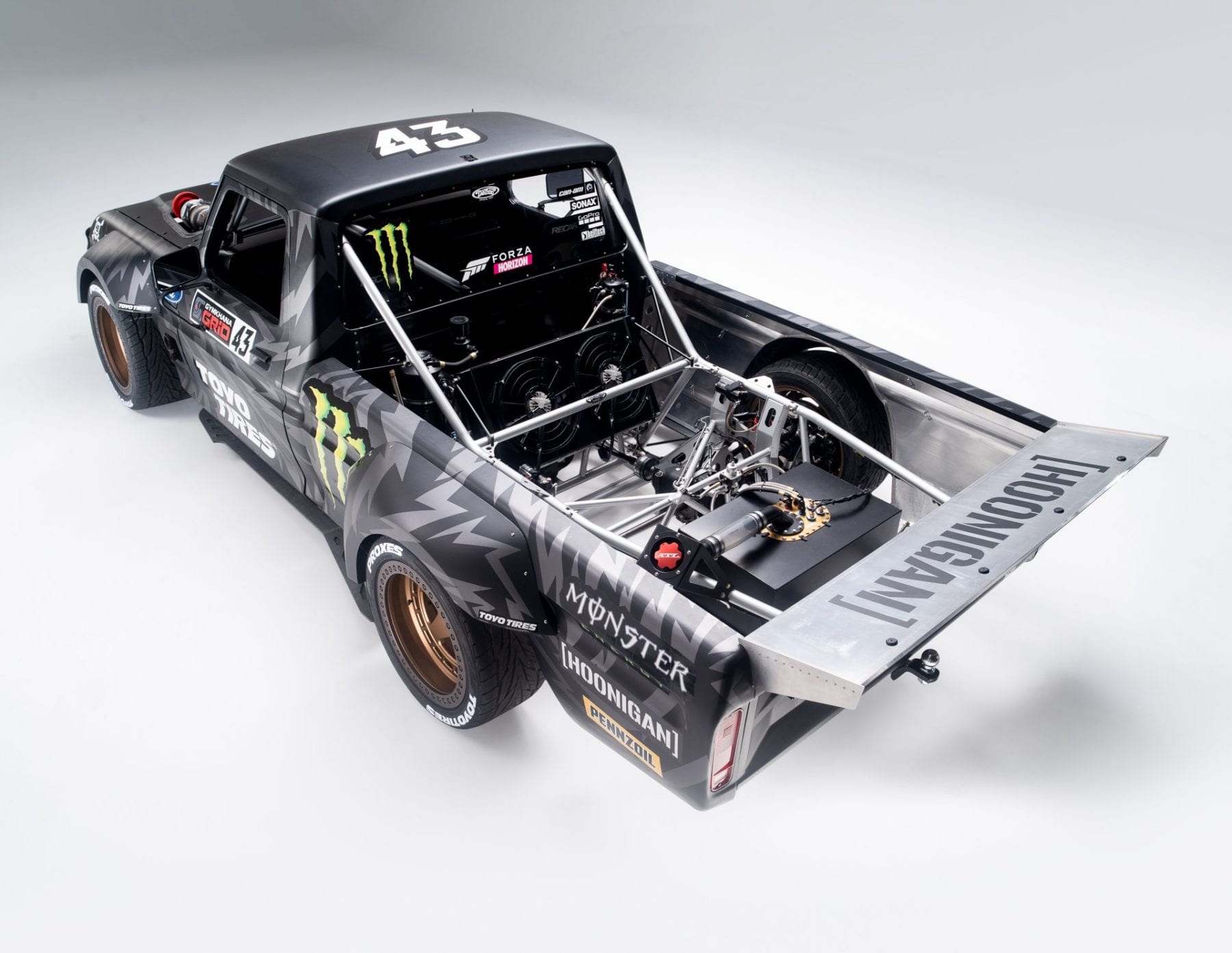 All that. In a truck.

The choice of vehicle wasn’t random either. Ken chose this partially out of a general love for trucks and as a tribute to his late father who had the exact same base truck which Ken learned how to drive on when he was 15. Even something as ridiculous and intimidating as this still has some heart in it.

And if you haven’t seen Gymkhana 10, the Hoonitruck’s segment was one of the better ones. It’s odd seeing something so large (it barely fits in a trailer) get thrown around obstacles Ken Block-style, but it all somehow works.

Everything from the backstory to the truck’s execution is just extraordinary. I highly recommend checking out Detroit Speed’s craftsmanship in this Build Biology where everything is broken down on camera. So many movie cars are half-assed and don’t have the bite to back up their looks, but this is a huge exception.

It gets my nomination for being one of the coolest, most imaginative, and highest-quality builds I’ve ever seen. Anyone could lower a truck and swap the engine, but the lengths Detroit Speed went to to make it all work well enough for Ken Block and the unique design direction penned by Hoonigan have truly set it apart. The Hoonitruck, like the Hoonicorn, is truly peerless. 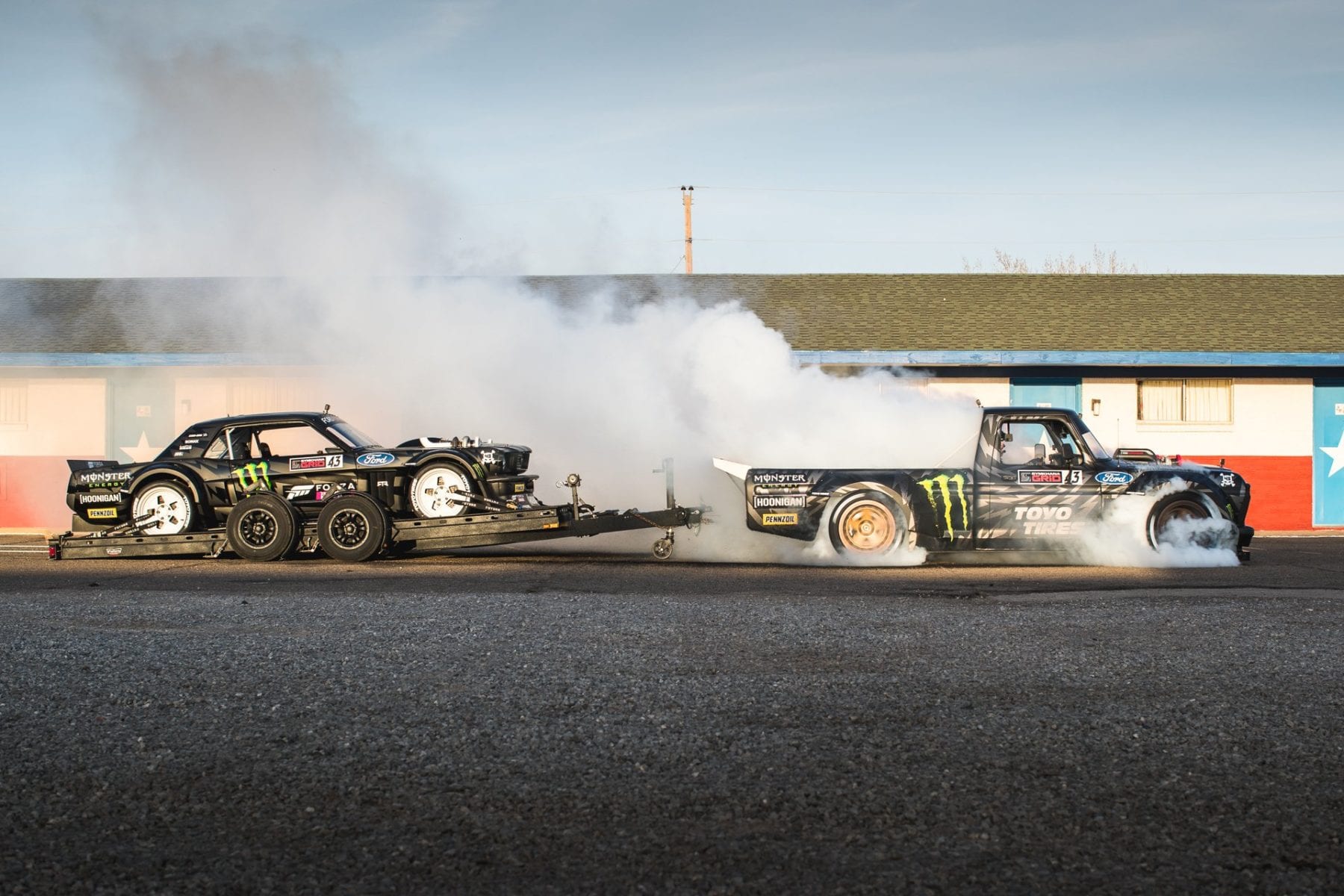