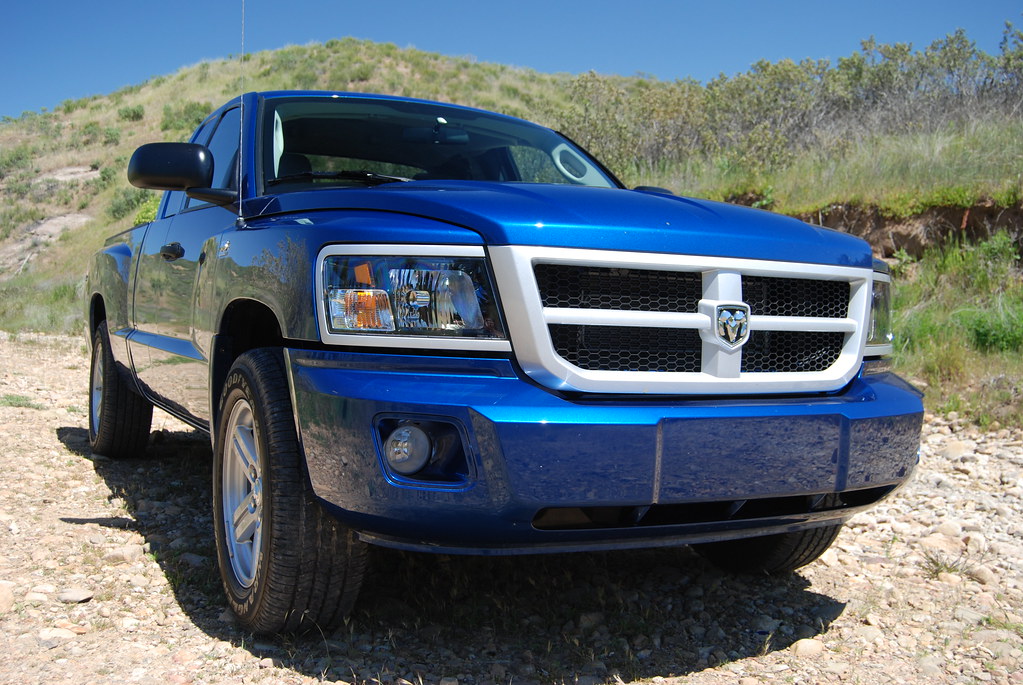 The last 10 years brought marked advances in power, handling, safety and creature comforts to the half-ton truck. Apparently no one told the Dakota, which is still partying like it’s 1999. Jeff asked me not to use the term “piece of shit truck” in a review, but what he didn’t realize is that I meant it as a compliment. The Dakota feels like it’s from 10 years ago, but for a lot of truck buyers, that’s good thing. 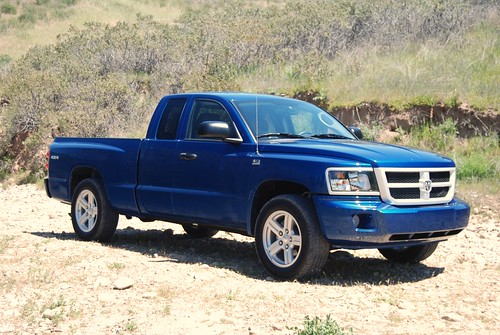 Dodge lent us a 4×4 extended cab Dakota Big Horn powered by a 302hp 4.7L V8. Our tester benefited from the much-needed facelift applied back in ’08, remedying the unfortunate “fat lip” look from ’04 that followed the handsome late ’90s styling. It came in a shade of blue perfect to run alongside Red and White, sporting 18″ wheels. Wrapped in 265/60 R18 Goodyears, the 18″ wheels look proportionally appropriate in the wheel wells; without reading the sidewalls, you might guess they were 16″s. The sticker read $34k, but based on current incentives, you’d be likely to grab one for under 30. 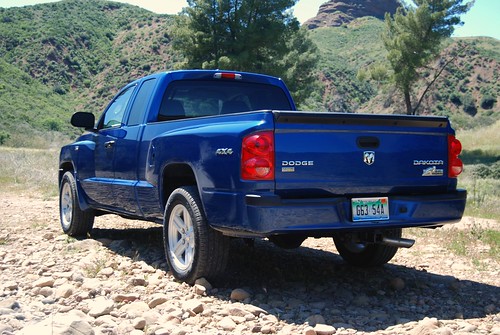 I was expecting a 302 horsepower truck with a 3.92:1 limited slip rear differential to have more kick off the line. It handled rolling acceleration (like an on-ramp) just fine, but not so much from a stop. Then, while driving with the windows down and the stereo off, I realized the Goodyear RSAs don’t make much noise when they spin. Sorry Officer. 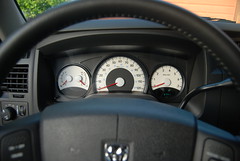 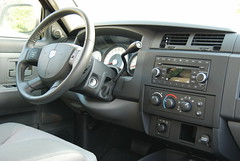 Before doing my homework, I was under the impression that the 4.7L V8 in the Dakota was just a smaller version of the 5.7L HEMI. Not so. It’s actually a unique overhead cam architecture. It’s paired with Dodge’s 545RFE 5-speed auto, in which both 4th and 5th are overdrive (.75:1 and .67:1, respectively). The tall overdrive is great for freeway cruising, but given it’s small displacement and OHC design, the motor really needs to rev when it’s time to pass or climb. Unfortunately, the column shifter only offers “D”, “Tow/Haul” and “2” when it comes to forward motion. As such, long climbs require precise throttle pedal control to keep it in 3rd or 4th. The cop-edition Charger’s stalk-mounted autoshifter would be a welcome addition for picking a gear and holding it. 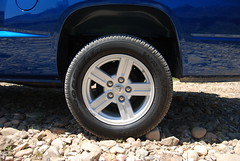 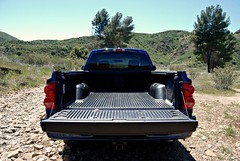 When taken down a bumpy dirt road, the Dakota’s rear end hopped and jittered all over the place. In short, it rode like a truck. Whether in four wheel drive or two, the tires were constantly hunting for grip in loose dirt. Back on pavement it still hopped and jittered, just like any other truck from 10 years ago. Like all trucks sprung stiffly enough for real work (this Dakota will tow nearly 7,000lbs), it would benefit greatly from about 200 pounds dropped in the bed. With future pickups we’ll do our best to find some excuse to load them up, but due to scheduling issues, the heaviest load I subjected the Dakota’s bed to was a 40lb bag of dog food (which, for the record, it handled without issue). 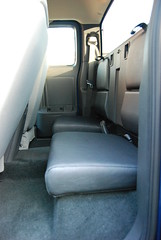 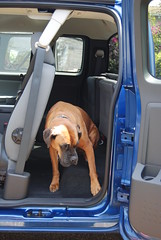 The Dakota continues the midsize truck tradition of laughably uncomfortable and cramped rear seats. Think of them as people carriers of last resort in a trunk that’s really there to hold miscellaneous gear. A real and true gripe about the backseat space: the floor’s not flat, but a split level that leaves a uselessly small plateau at each level. This is a problem if you’d like to be able to stack things without them spilling or if you’re Buddy the dog. Unless an extra 14″ of bed is critical, we strongly recommend the crew cab version with it’s 5’4″ bed. 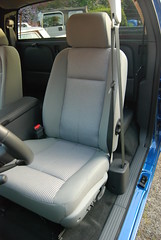 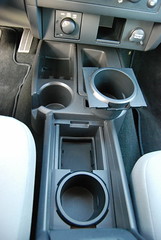 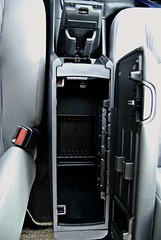 Things get better in the front seats. The driver’s seat was the most comfortable budget cloth seat I’ve been in in some time. The stereo does a great job adapting to The Modern World while still being just a stereo. It’s got satellite radio, a 6-disc changer and an aux jack, but no giant screen or combo nav/HVAC nonsense to mess with. It can be cranked to make-your-ears-bleed loud and still deliver dang good sound quality thanks to tweeters on the A-pillars and what look like subs in the rear doors. 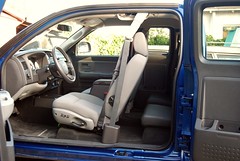 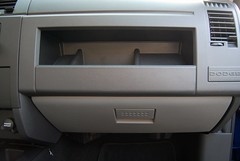 In place of a large glove box, Dodge offers the passenger a large bin for miscellanea. This is a nice touch when your significant other wants to do her makeup on the way to Monster Jam. No eyeliner pencils rolling down the defroster vents. Below the dash, there’s a voluminous center console and a host of cup holders and bins. If you’re running out of places to put things in the Dakota, you’ve got a hoarding disorder. We’d be remiss in our duties as automotive journalists if we didn’t point out that the quality of the plastic bits that make up these storage cubbies is decidedly behind industry standards for “good enough”. It’s one thing to use cheaper, harder materials; it’s another to leave massive, scratch-your-hand-big seams on every parting line.

Not long ago, we evaluated the Infiniti FX50, coming away with nothing but praise for it’s handling, power and road manners, but had a hard time recommending it as an actual purchase, given what else you could get for the money. The 2010 Dakota is the opposite. It’s a dated truck with a mediocre interior and lousy handling, but it’s very high on the my list of potential purchases. Why? Because it’s a basic truck that’ll fit in a parking space, tow a car or bounce its way down a trail, no problem; exactly what I need.
Check out the rest of our pictures here, or click through to see them on flickr.