Vincent Van Gogh was born March 30th, 1853. He was a Dutch painter whose work is admired by many today. During his 37 years on this planet however, he was a tormented soul whose work was not appreciated or even looked at. After his death by a self-inflicted gunshot wound, his fame slowly grew and he is now considered one of the greatest painters in history. His work is a major part of what is referred to as “modern art”.

The 2010 Acura ZDX is an all-new luxury sports crossover/wagon/sedan/vehicle. It blends sports car power and handling with luxurious amenities and comfort. It’s style is polarizing with some angles showing great beauty while others appear a bit beastly. Like Van Gogh, the ZDX is casting aside the shackles of past design ethos and experimenting to create something fresh. Will it need time to marinate in our minds or can the ZDX skip the posthumous appeal and grab a piece of your soul while it’s still alive?

The ZDX employs Acuras 3.7L V6 engine which produces 300 hp and 270 lb-ft of torque. The engine is paired with a six-speed automatic transmission, which can be shifted manually via paddles on the steering wheel. The engine note is surprisingly aggressive yet pairs nicely with the ZDX. The transmission shifts quickly enough for fun driving, but it’s certainly not as quick as a dual-clutch setup. The engine and transmission work well together making the ZDX feel faster than it actually is. Which is great because it’s certainly not slow to begin with. It’s able to hit 60 mph from a standstill in 6.5 seconds which is a very respective time. It’s certainly not as quick as the similarly styled BMW X6 or similarly funky FX35, but it will hang out about a second behind (or less, compared to the Infiniti FX35) in the rear view mirror.

To get the power to the ground, the Acura ZDX utilizes the SH-AWD system. I’ve had the pleasure of experiencing the Super Handling All-Wheel Drive unit before, in the TL, and it is just as useful with the ZDX. It sends power quite wisely to the wheels which need it most. In conjunction with the SH-AWD, the ZDX features a MacPhearson front strut/multi-link rear suspension setup and 255mm wide tires. Everything works together to keep the ZDX planted and stable. It behaves far better than I expected and really relays a sporty experience to the driver. I never felt the center of gravity was too high and the ZDX was quite simply fun to drive. To prove that auto journalists know nothing however, I Googled “ZDX center of gravity” and found half of the reviews talking about the “high center of gravity” and the other half talking about the “surprisingly low center of gravity”. I usually don’t like to read reviews of vehicles I have lined up to spend time with, but I was curious as to what others thought in this regard. Clearly, I should stick to my plan here.

Like all Acuras in the current lineup, the interior environment is a the perfect blend of wonderful comfort and modern technology. The perforated leather sport seats are heated and cooled, supportive, and an all-around pleasure to sit in regardless of the distance left in one’s journey. The center stack still needs a refresh in design, but the features found within in are excellent and include a voice recognition system, real-time traffic and weather updates, GPS-linked climate control, and a mult-view rear camera. A panoramic glass roof with dual sun shades allows for a brightly lit cabin when the mood strikes. To complete the experience, the Acura ZDX  has a 10 speaker surround-sound audio system that fills the interior space wonderfully.

The downfall of the interior is rear seat comfort. Leg room is not the issue here, but due to the sloping roof line it’s head room that causes discomfort. If a friend pulled up to drive me somewhere and they owned a ZDX, I would fight my way to the shotgun position or skip the trip. If you are interested in buying a ZDX, start cutting your tall friends out of your life.

The real talking point of the 2010 Acura ZDX is the exterior styling. As auto enthusiasts, we often say we want bold and interesting not bland and boring. The ZDX is definitely bold and from many angles it is also beautiful. The sweeping shoulder line is one of my favorite elements of the car and I could stare at it all day long. When I swing around to the front…I walk back to where I was staring at the shoulder line. Overall, I really enjoy the ZDX style-wise and I quite happy that Acura is taking a chance on this design.  Unfortunately, I know that I am in the minority at least among other automotive enthusiasts. Luckily for Acura, enthusiasts are often very wrong about what will sell and what the public in general will like. I was constantly asked questions about this car wherever I took it and the general consensus gave the ZDX a major thumbs-up in the design department. The lines are both elegant and aggressive. It’s not often you get a chance to drive something that looks unlike the rest of the school of fish following the crowd down through the sea that is the 405 highway.
The base price for the Acura ZDX is $45,495. The Acura you see here is fully-loaded (minus a few random accessories) and has the Tech Package and the Advance Package which bring the total to $56,905.  That is more than competitive with the aforementioned BMW X6, which starts $56,500. The 2010 Acura ZDX is the new car that most people desire yet they can’t see it. It’s filled with luxurious and technological amenities, has boldly aggressive styling, and is fun to drive. It’s also more affordably priced then it’s closest competitor.
The ZDX is a car that should be appreciated in our time…yet I fear that it will become a greater draw after it’s production time has come to an early end. 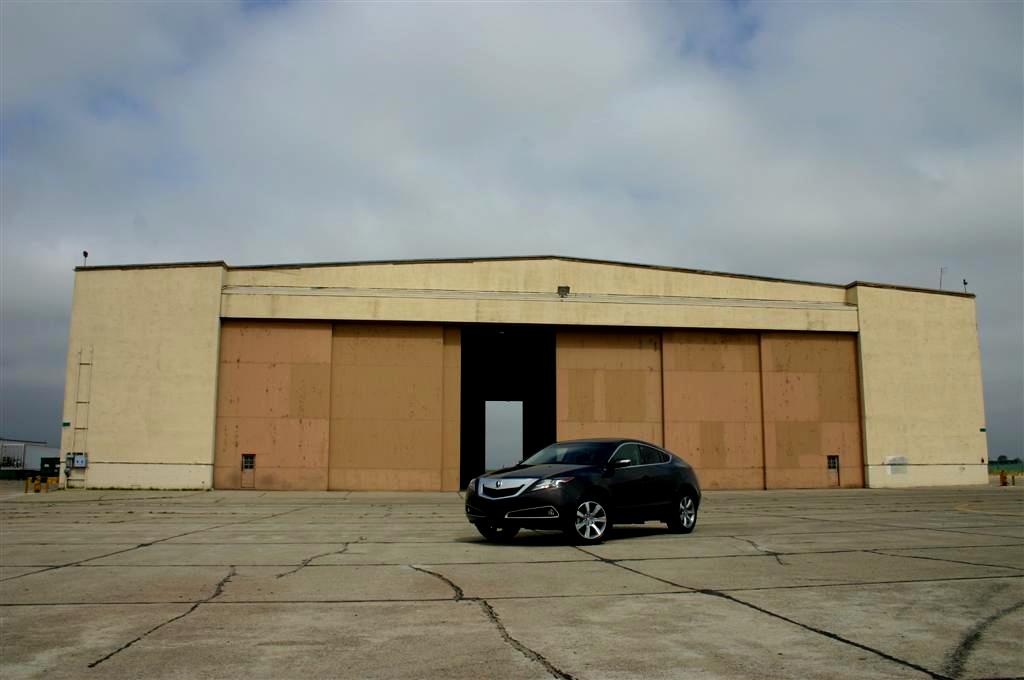